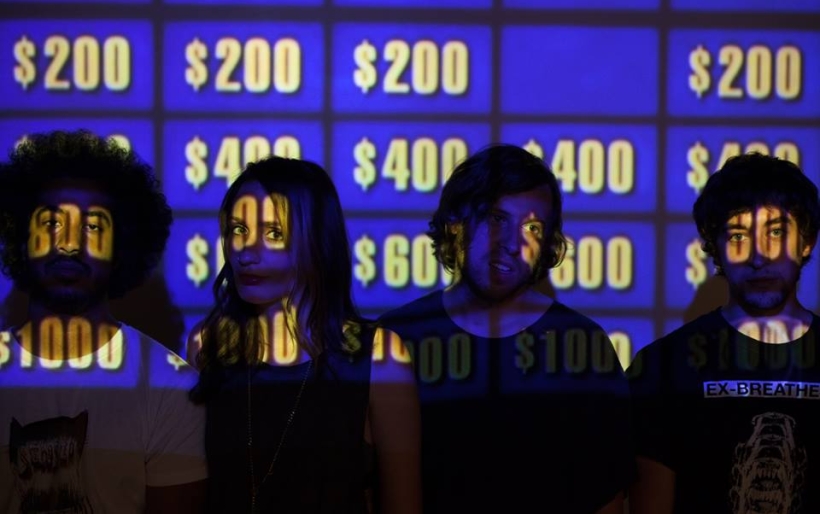 With a spooky guitar picking intro, Massachusetts-based Speedy Ortiz showcase the first single, “Raising the Skate,” off their upcoming album, Foil Deer. Front-woman Sadie Dupuis exhibits a poetic independence in this track with lyrics like “That’s because I’m the boss / caller of the shots.”

Her lyrical style plays a big role in Speedy Ortiz’s sound; you can hear that Dupuis spent a decent amount of time as a professor at University of Massachusetts-Amherst teaching writing. The track features distorted psychedelic vocals mixed with serious punk influences; Dupuis and Devin McKnight, who joined the band in 2014, on guitar seem to introduce more complex guitar riffs and experimental pedal-sounds here than we’ve heard in the past, and they create a time-warping ambiance on the track. The song feels confident in all of the bandmates’ performances and may foreshadow a thrashing, powerful album coming out April 21 via Carpark.

The indie rock four piece is heading on a North American tour in support of Foil Deer and will be stopping in Philly on April 26 at Johnny Brenda’s. They’ll be joined by experimental garage-pop band Krill and Brooklyn solo indie-rocker Mitski on this date; more information can be found on the XPN Concert Calendar. Other tour mates feature Philly’s own Alex G, Two Inch Astronaut, Broken Water, and Palehound. You can listen to “Raising the Skate” below.