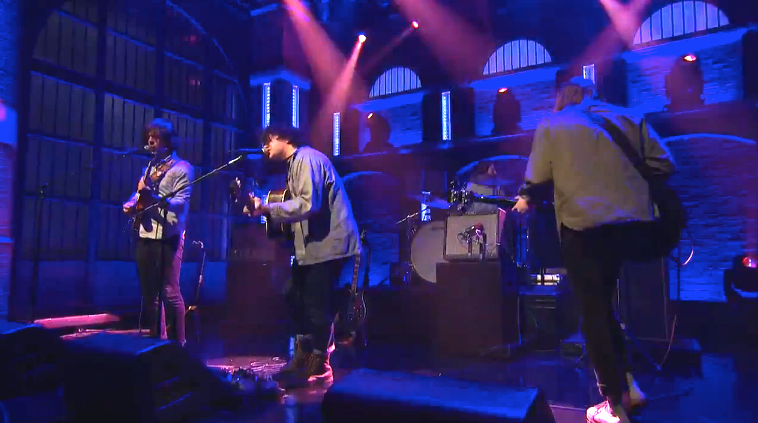 The Districts on Late Night with Seth Meyers

In the early hours of this morning, Philly-via-Lititz rock four-piece The Districts took to television screens around the country – and at more than a few viewing parties in Southeastern Pennsylvania, no doubt – to play music from their brand new LP A Flourish and a Spoil, which came out this past Tuesday on Fat Possum Records.

Below, watch the boys rock out to “4th and Roebling” and “Peaches,” tracks one and two from Flourish…the first was broadcast on the show, the second is a web extra. The band plays two hometown shows in the next couple days. Tomorrow, they hit the Chameleon Club in Lancaster – their O.G. stomping grounds – and Saturday they headline Union Transfer in Philly. Both shows are way sold out, but for the latecomers, there is that whole StubHub thing we guess. Godspeed!