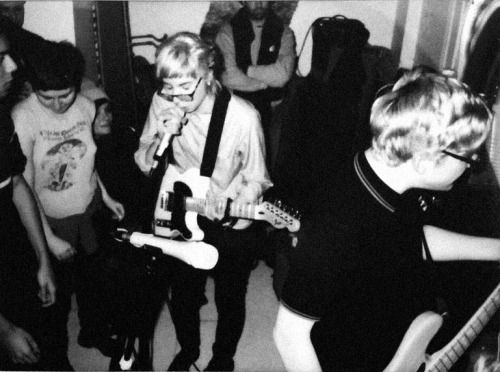 They also shared group member Shari Heck’s new lo-fi track titled “baby’s room.” Heck’s track takes on the somber, more reflective side of the bedroom pop spectrum, with lyrics like “you’ll find me in cracks of sidewalks we built/ I find solace in the states we’ve both lightly brushed.”

Both releases trail the ukelele-filled “BOBBY PINS” (“a bad video that’s good!”) from the end of January.

Cyberbully Mom Club announced via Facebook that after their two upcoming N.Y. stops (Feb. 20 at Silent Barn and Feb. 21 at The Stood), they’ll be taking time off to “write, record, and correlate as a band. Summer will hopefully be a different story.”