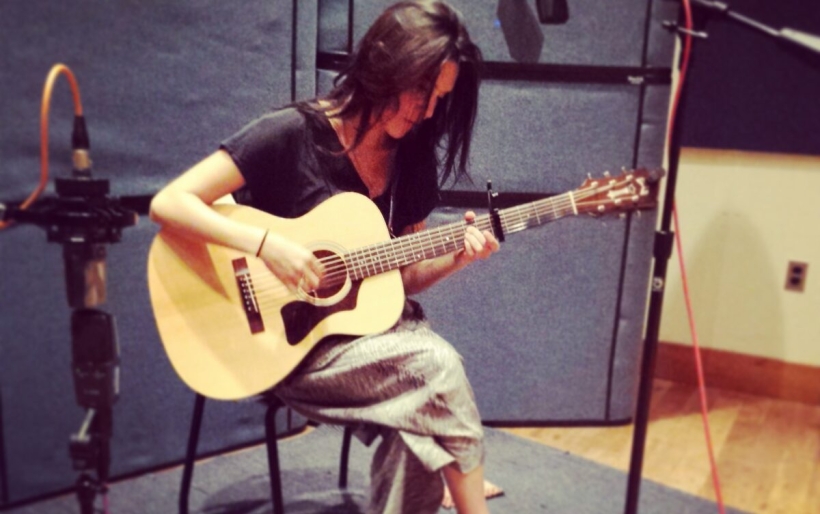 Whenever I end up writing these little introductions to Folkadelphia Sessions, I look back at how the session came about, how I initially communicated with the featured artist, and I try (and often fail) to remember the first time I heard their music. This week, I wrack my brain trying to recall the first time I became acquainted with the beautiful and tender songs of Melaena Cadiz.

In 2010, I was floored by Cadiz’s Rattle The Windowsalbum and she’s remained present in my mind ever since. That album’s stylistic trajectory hit a sweet spot for me, between pop-inflected acoustic music, lighthearted Americana, and magnetic chanteuse. It stuck with me over the years. The album also helped introduce me to Matt Bauer, a musician I hold in high regard (and who we’ve recorded a Folkadelphia Session with a long time ago – sadly, it’s unavailable).

After a Singles Project in 2013, uploading one song a month, Cadiz released a full-length, last year’s underrated (or perhaps under-heard) Deep Below Heaven. You want to talk about musical growth? Just listen to Deep Below Heaven. You may have missed it’s initial release, but it’s never too late to correct that mistake. Sometimes when a record sounds this breezy, flowing, and effortless, it’s easy to think that it was made without effort. The truth is that there is so much working below the depth – from collaborators, to the crispness of the recordings, to the arrangements. At the core, Melaena, her voice, and her magnificent songs. Deep below heaven is earth, where we certainly do have our own angelic bards and voices – like Melaena Cadiz.

During the Summer of ’14, Cadiz performed one of the most pretty and gentle in-studios sessions that we’ve been privy to recording. Listen to it below.