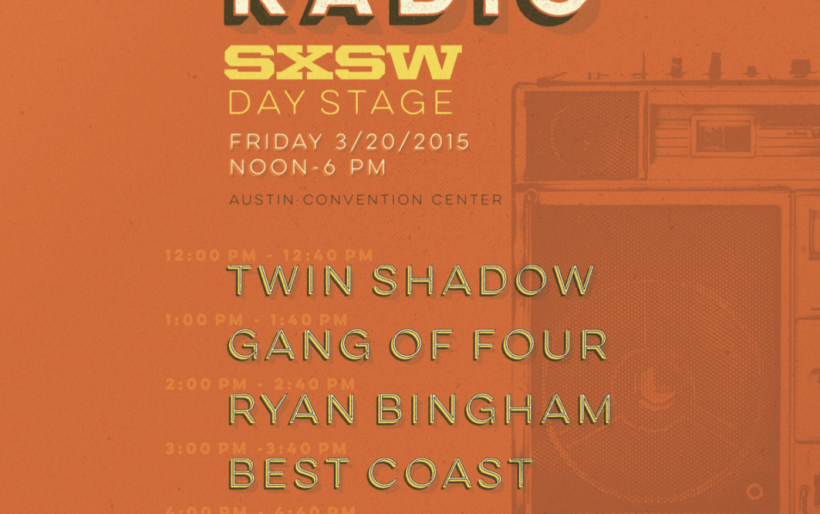 As the annual SXSW music festival approaches, WXPN has once again teamed up with KUTX in Austin, KXT in Dallas, The Current in Minneapolis and WFUV in New York to present the Public Radio Rocks showcase at the Austin Convention Center.

If you’re not going to Austin, not to worry: the whole concert will be streaming at XPN.org on Friday, March 20th, from an opening set at noon by Twin Shadow, up to a closing performance at 5 p.m. by Courtney Barnett. In between will be performances by Gang of Four, Ryan Bingham, Best Coast and Madison Ward and the Mama Bear.

Check out the schedule breakdown below, tune in the day of the show — and keep your eye on The Key for post-showcase photos and video.