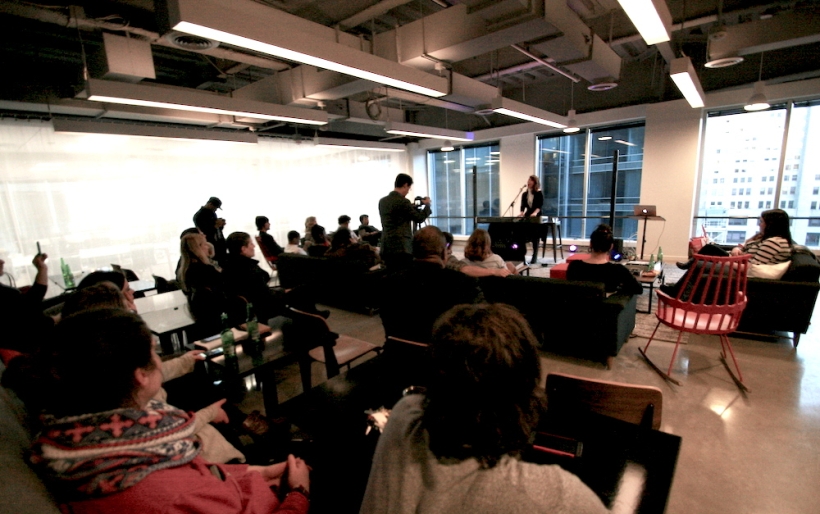 “Could you tell that I was about to cry?”

It’s hard to hear Kate Faust, the singer-songwriter whose RnB-meets-pop-meets-electro songs have teased Key readers for the past few years, when she asks me this. A crowd of nearly 50 people – a similarly-eclectic bunch, featuring members of her family mixed in with local scene mainstays like King Britt, Ross Bellenoit – hovers near us while songs from her upcoming Eros EP play over speakers (Charlie Patierno, who co-produced Eros with Kate, was notably in the audience as well). It’s a bit of a surreal scene, not least of all because of where Kate hosted this intimate, barely-advertised listening party and solo show.

When people think of “non-traditional” show spaces – living rooms, church basements, rooftops – they likely don’t think of a place like Pipeline Philly. The latest project from Kate’s manager and two.one.five Magazine publisher Tayyib Smith (who emphatically stated, before the listening party, that Kate was “the reason [he] got back into the music business”), this futuristic co-working space is one of a few new places where entrepreneurial Philadelphians are eschewing cubicles-and-coolers culture in favor of open spaces and relaxed organizational flow. Organizations as varied and forward-looking as Billy Penn and the Philadelphia Game Lab have called this space their home. And with sweeping views of City Hall to boot, it’s hard not to get wrapped up in the new-economy grandeur – it is irrefutably cool. But how does Pipeline work as a show space? Most of Philly isn’t even this high off the ground. Do the fluorescent lights render everything clinical? What’re the acoustics like? Is the whole thing too sleek?

As it turns out, none of that was really important – except, of course, the view, with the rose-hued sky turning darker over City Hall as Kate played a pre-listening set of her new songs. Armed with just a basic Casio keyboard (“I didn’t want anything too complicated,” she told me about her gear before the show, adding “That’s what I use to write my songs,”), she tore through searing, minimalist versions of the Eros EP’s five tracks that sounded nothing like the densely-layered recorded songs played later on.

These songs, which mine the familiar territory of lust and vulnerability that characterize a lot of Kate’s releases to date, take on new life when stripped down to these basic elements. Her robust and agile vocals take center stage, and the pop sensibilities central to even her most ethereal and complicated material ground the whole performance in something immediate and compelling. It transforms the co-working space around her into the most intimate of settings – something that Kate says was intentional.

“It was nice to show how the songs are at their birth, when I’m sitting alone in my room, just writing,” she explained about the near-acoustic set-up.

Adding to the intimacy was the small audience, who sat with rapt attention to each one of Kate’s melismatic vocal runs and “mmm”ed in earnest approval at the songs’ emotional peaks. The aforementioned moment where Kate almost started crying was obscured in this setting, simply another part of the show’s bigger picture. This atmosphere was also purposeful – Kate didn’t publicly announce this show until a week ago.

“People that were here are people that I respect in the music industry, my family, my close fans, and also some die-hard fans – people who supported Kickstarter campaign, who knew about me before anybody else. That really touched my heart,” she said.

Eros points the way towards a future full-length, and it’s among her strongest material yet. Additionally, she has a number of to-be-announced collaborations on the way which, like this concert, aim to showcase her creative range:

“From now on, we’re going to be releasing a lot of music. I haven’t had resources to release them, so that’s what we’re working towards,” she explained. “That’s the motivation – I just want to show people who I am.”

Check out photos of the performance below, and stay posted for more news about Eros, which drops in April. 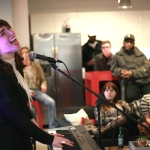 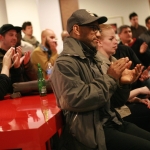 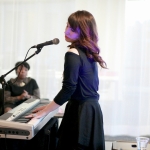 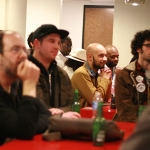 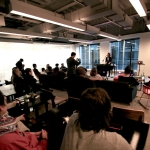 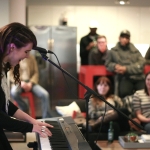