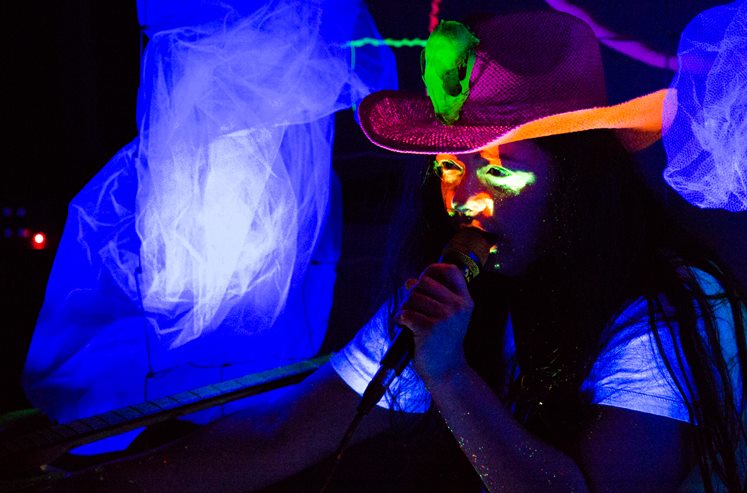 Yes, there’s a band called How I Quit Crack, and they look like this, and they will probably get arrested at SXSW (so predicts XPN’s Dan Reed) | photo via the artist’s official Facebook page

Predicting the fate of SXSW artists, one weird band name at a time

By Dan Reed
March 18, 2015
04:03 PM
Share
Yes, there’s a band called How I Quit Crack, and they look like this, and they will probably get arrested at SXSW (so predicts XPN’s Dan Reed) | photo via the artist’s official Facebook page

No. I am not going to SXSW.

Just so you know what I’m talking about, SXSW is the South By Southwest Music Festival is a yearly event held in Austin, Texas. It’s the largest gathering of its’ kind, with over 2,000 artists performing in over 100 venues. It has grown exponentially over the years, and it now includes a film and interactive component as well. Over 20,000 registrants are expected this year.

But I’m not going.

This time of year, I get asked that question (“Hey, are you going to SXSW?”) about 50 times daily. It’s the “thing” to ask people if you are in the music promotion business, I guess.

That being said, I almost wish I was going this year because THE DAMNED are playing, and I would like to see my punk heroes try to tear things up in their late 50’s.

I love to look at the names of the bands playing SXSW every year. A lot of them I know, but most of them are new bands, trying to get some kind of foothold and attention amongst the throng of thousands of would-be Bonos or Kanyes or GaGas navigating the dusty Austin streets.

Here is a list of my favorite band names playing SXSW shows this year, along with a brief description of what I think they should sound like (or how their SXSW experience will go), given their band name. If you are going to SXSW, please report back to me if you see any of the following groups. Thank you.

AVERAGE COCK (Boston) – I’d go just so – when someone asked me at breakfast the next morning “What did you see last night” – I could honestly say “Average Cock”.

CILANTRO BOOMBOX (Austin) – the type of band that would combine hip-hop with mariachi, now touring the Chipotle Mexican Grill circuit

FAMILY & FRIENDS (Athens, GA.) – on this list only because I cannot believe another band hadn’t already grabbed this name

HBK GANG (San Francisco) – I can only hope that these guys are named after former pro wrestling star Shawn Michaels, a.k.a. “The Heartbreak Kid” or HBK to his fans

HOW I QUIT CRACK (Bertram, TX.) – these guys’ll be a don’t-give-a-shit, Replacements-type rock outfit; the bass player will get arrested while at SXSW, and they’ll miss their biggest showcase; the drummer will fall in love with a fortune teller on 6th Street in Austin, quit the band, and stay there; the band won’t get signed

INSECTS VS. ROBOTS (Venice, CA.) – the “band” will consist of a primitive Casio keyboard and an 18 year old with acne

MEMOWRECKS (Toronto) – they’ll play in front of seven people, and their van will break down ten miles outside of Austin; the lead singer will call his dad and fly home

Have fun in Austin!