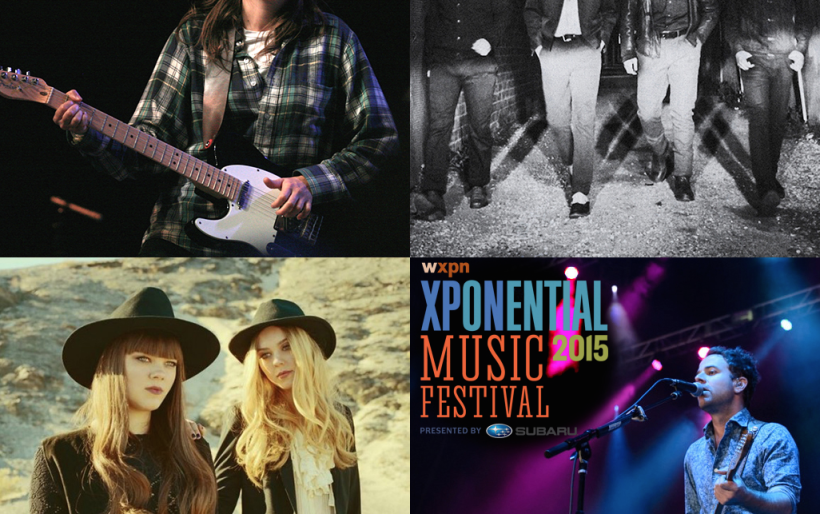 Building on to the exciting Saturday-night XPoNential Music Festival roster at Susquehanna Bank Center with St. Vincent and My Morning Jacket and Sunday-night with Grace Potter, George Ezra and more – it’s time to announce the core crew of bands that will be hanging out with us at Wiggins Park and Susquehanna Bank Center from July 24th through the 26th.

North Mississippi All Stars will be performing again, but this time they’re joined by Robert Randolph and John Medeski in their funk / blues / rock supergroup The Word.

And of course we can’t forget the homegrown acts, many of whom are beginning to take their music outside of the city limits. Electro-pop band Vita & The Woolf, R&B group Milton, Jersey indie rock four-piece Pine Barons and dream-pop outfit Cheerleader were tapped to represent Philadelphia after wowing the crowds at SXSW. Aaron Livingston’s exciting new project Son Little will also perform, as will pop singer Cole Redding.

There are also a few out-of-state (and out-of-country) up-and-comers, including Israel Nash (who we met at a Free at Noon earlier this year), mother-son duo Madisen Ward and the Mama Bear, Fly Golden Eagle (who recorded a killer World Cafe session) and the hypnotic Bombino, who will perform desert rock straight from Niger.

Tickets for the festival are on sale now and can be purchased via the festival website. 3-Day Go Everywhere passes are also now available and include lawn admission for the SBC shows on Saturday and Sunday as well as Wiggins Park admission. XPN Members who haven’t received your email with the discount code to purchase festival passes should contact Member Services at 1-800-565-9976 or memberservices@xpn.org.

More information about the festival can be found here.