Jazz Runs Philadelphia in April: Check out some of these Jazz Appreciation Month events - WXPN 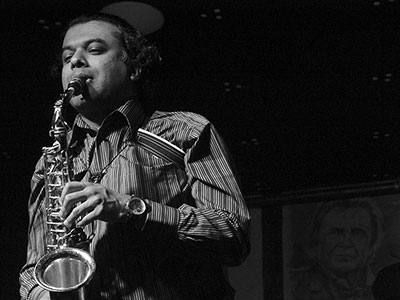 Jazz Runs Philadelphia in April: Check out some of these Jazz Appreciation Month events

The month of April is all about jazz, globally and especially locally.  For a Philly celebration of Jazz Appreciation Month, the soulful genre that gave birth to greats like Tony Bennet, Sonny Stitt and Oscar Peterson is taking over the city. For die-hard fans as well as those new to the genre, a good concert to check out is just a stone’s throw away. Here is a rundown of some highlights.

Those inclined to step out of their comfort zone should check out Gary Nunez and Plena Libre.  The Puerto Rican 12 piece performs April 25th at the Annenberg Center and is a combination of swinging rhythm matched with horns and percussion that stays true to the sound and culture of Puerto Rico but doesn’t stray from being universally enjoyed.

As worldwide Jazz is celebrated through its different renditions and interpretations, there’s nothing like hearing Jazz at its origin.  The Philadelphia Clef Club of Jazz and Performing Arts are hosting a performance by Pheralyn Dove on April 16th to pay tribute to Jazz’s own Trudy Pitts.  The show will display timeless Trudy Pitt tracks and serve as a celebration for an artist that passed just a few years ago. Along with this show, Woodmere Art Museum will play host to a show titled “Time To Be The Bop”, which brings sax extraordinaire’s to the forefront as they look to bring alive the works of Dizzy Gillespie and Chalrie ‘Bird’ Parker.

Also worth noting is Rudresh Mahanthappa‘s show at Clef Club on Aprll 7th.  Mahanthappa’s unique combination of Jazz music with Indian flare has been something he’s been known for and what got him the accolade of Jazz’s rising star award as voted by American Jazz Magazine DownBeat.