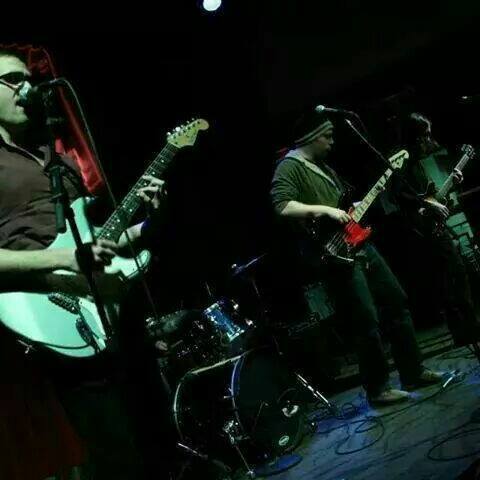 There isn’t yet a single word best suited to describe the music Philly band The Jawn makes. In a song you’ll hear hip-hop, blues, pop, soul, funk and more, all blended together. They burst on the scene in 2013 with a fun-loving sound, so much so they won a contest to open a Disco Biscuits New Years Eve after-party in Times Square. Fast forward two years through lineup changes and a hectic recording process, and The Jawn are ready to show the scene just what made them so special in the first place.

“Hollywood” is the band’s first single from its Grüv, Vol. 1 project – initially released on Bandcamp back in October, and set for a re-issue on May 15th – and this in-studio video finds band members Pat Durkin, Ricky Haldis and Mike Novak join up with drummer Andrew Duffy (of Montoj) and an extended band of background sings and horn section by Swift Technique to round out the jazzy and funk-filled song.

With guest appearances becoming the norm, “Hollywood” exhibits the carousel of working parts moving that mesh together to form a vibrant and upbeat work. Drowning Fish Studio was the scene for the raw recording and rich video by Wayne Campbell.  No stranger to live shows (they are notorious for their annual Jawn of The Dead shows), The Jawn will be playing at the Kung Fu Necktie on May 15th to celebrate their latest EP release; get more info at the XPN Concert Calendar and watch the “Hollywood” instudio video below.