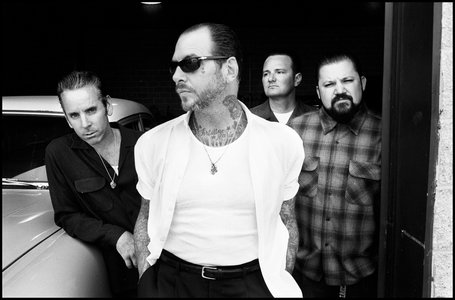 Celebrate 25 years of Social Distortion at Festival Pier in August

The album was their first with Epic Records, their best-selling worldwide, and their first to enter the Billboard 200. The album’s “Story Of My Life,” “Ball and Chain,” “Ring of Fire” and “Let It Be Me” all reached Top 25 on Billboard’s single’s charts.

The group is celebrating the 25th anniversary of this iconic album with a North American tour, kicking off in Temple, AZ, and they’ll grace Philly on August 19 at Festival Pier (which is notably their only stop on the tour alongside Lucero and Benjamin Booker). Also playing are Nikki Lane and Drag the River, who accompany Social D for the tour’s entirety. Tickets go on sale this Friday, April 24 at 10 a.m. (Pre-sale the day before).

We are very excited about this tour. It’s not often we get to celebrate anniversaries of records, or play them in their entirety, but this record was a milestone for us and after rehearsing it we realized it was a hell of a set… High energy and good flow. It was a great feeling to play songs that I hadn’t played in twenty years, or more. It’s inspirational to “revisit” this album; especially during the writing of a new record. All I can say is ‘it’s gonna be a kick ass show!

Tickets go on sale Friday at 10 a.m.; tickets and more information can be found at the XPN Concert Calendar.