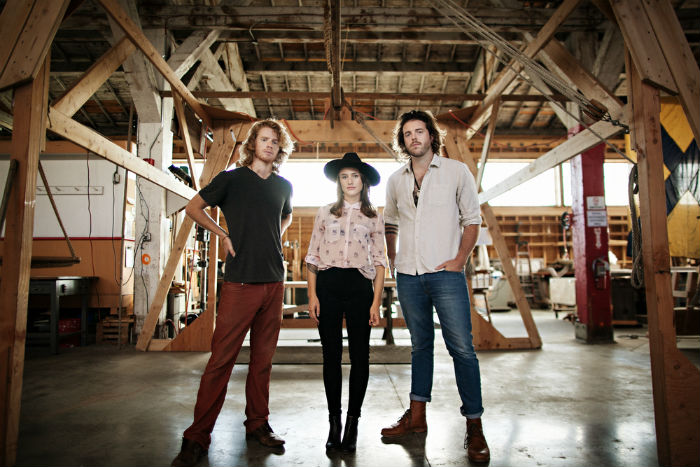 Photo by One Love Photo.

You’re going to start to hear their name a lot all around, so I’ll say it right now – The Ballroom Thieves. Just this week, they released A Wolf in the Doorway, a big leap forward after two EPs of engaging music, but songs that left the impression of a band figuring it out, finding out who they are. A Wolf in the Doorway presents a band that knows who they are. The Ballroom Thieves have arrived and their bringing one heck of a sound in tow.

The Boston-based group is an amalgamation of their musical interests and their roots. It becomes very clear that they like to understand the formula and then tweak it – not so far as to make it unrecognizable, but just to the limit. At the most surface level, take a look at their instrumentation: Martin Earley plays guitar, Devin Mauch hits percussion, and Calin Peters bows the cello, they’re also formidable harmonizers. What kind of standard rock trio is this? Or, is this a folksy jam that you’ve seen before? Not me. Digging into A Wolf in the Doorway, this unknowing where you stand, hearing something familiar being manipulated, is terribly exciting, leading to inventive songs and a happy listeners. You can bury me smilin’.

Back when the release date for this brand new album was just a big expectant X on a calendar, The Ballroom Thieves visited us at the WXPN Studio to show us what they were working on. May we present this stripped down set featuring many tracks off of A Wolf in the Doorway. Catch them in Philly at Boot & Saddle on May 1st.