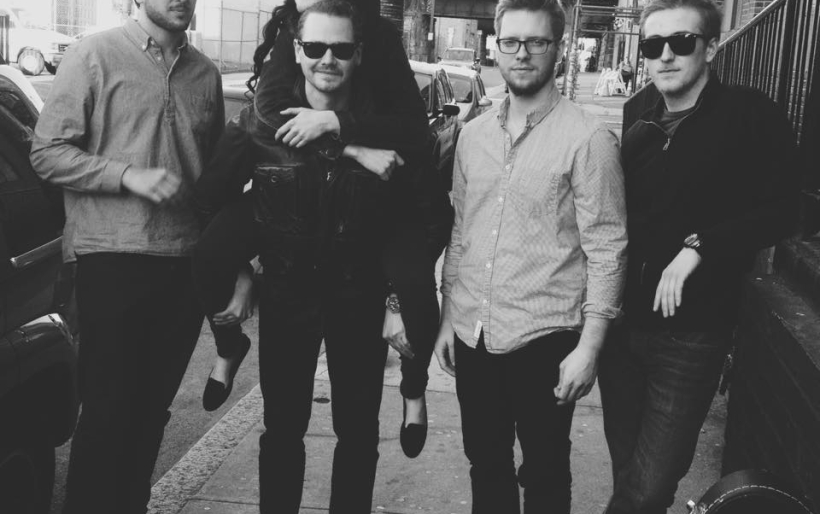 Paul Hocynec admitted that he was, at one point, negative about the local music scene.

“I wasn’t really the best supporter. I’d complain that nobody was at my shows, but wasn’t necessarily going out to shows and supporting other people,” Hocynec said. “I came to a bit of a weird time in my life and I realized I wanted to be part of a community more than anything else. I just wanted to be connected with other local bands.”

Starting in August, he began Philly Free Song Friday, inviting musicians to his local studio space, Woodbrook Recording, under a few conditions: they have a few hours to record whatever they want, but it must be an original song, and they have to be okay with Hocynec releasing it as a free download come Friday.

So far, releases include “The Search,” a hauntingly delicate track by Nathan Earl and Rachel Joy; a standout a cappella song, “Back in the Day” from John Faye; the hootin’ “Worker Bee” from Jason Ager and a couple dozen more.

A handful of the musicians/bands that have recorded tracks for Philly Free Song Friday are now taking part in Hocynec’s latest project, another chance for free listening nonetheless: a free show at Bourbon & Branch on May 1.

“[Philly Free Song Friday] had been going for a good three or four months,” Hocynec said. “I wanted just another platform to highlight some of these really talented original artists.”

Tess Emma, Philly/NJ songbird and a longtime friend of Paul’s, was the first to record for Free Song Friday. She said she originally planned to record an acoustic version of “Cut You Down,” but they decided to use the keyboard at the studio, leading to the raw and emotional first release for the project.

Free Song Friday helped her discover new artists, and she believes Hocynec is a driving force behind creating a community of local musicians.

“Paul’s very good at branching out,” she said. “He goes to shows alone just to enjoy music and meet new people. He’s just really trying to bring together groups that don’t know each other to kind of branch everyone out.”

Hocynec has come a long way from being one of the local music scene’s biggest naysayers.

Catch Tess Emma, fronting her new full band, Lou, at the Bourbon & Branch show. Nik Greeley, Amy Faden, Matt Gauss Band, We Speak In Sounds and Cold Roses are also on the bill; more information can be found at the XPN Concert Calendar.