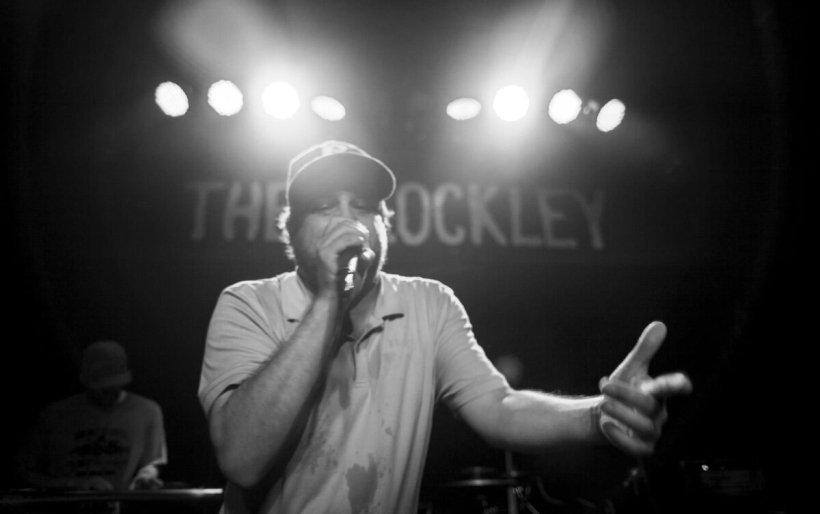 Since their formation in 2005, Philadelphia Slick has built a rep for continuing the local tradition of mixing live band energy with hip hop.  Much like Philadelphia’s The Roots, Slick is fronted by an MC – Ben “Noesis” Polinsky – but the seven-piece band that backs him (along with producer El Smooth) is as important as the rapper himself.  The group recently released its long-awaited album Earth Rocks Harder and it’s a solid listen full of creative production and lyrical insight.

Very Beastie Boys in style and delivery, Philadelphia Slick crafts a sound that can be at times raw, utilizing record scratches and boom-bap beats, but at other times so poppy and electric that it broadens their style of hip-hop all together.  Joining the label BadTape Music wasn’t a bad call for the collective either, as the influence of the label that worked with underground MCs like Jedi Mind Tricks shows.

The 14-track album goes through a roller coaster of vibes and topics that in the end provide for a very balanced and universal listen.  Noteable tracks are “Not At All” and “Project Total Yang”; they’re completely different in sound but still appeal to the same true-to-form subject matter that we’re used to hearing from Philadelphia Slick.

Check out the album below and purchase a copy via Bandcamp.