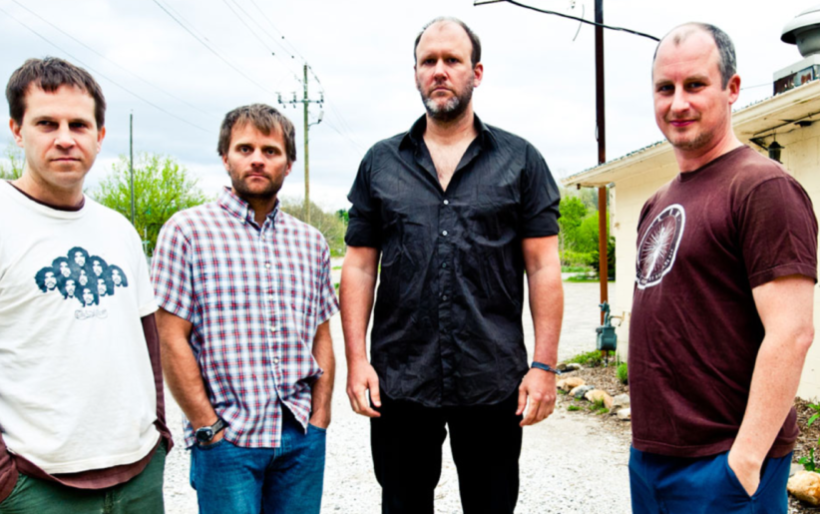 Archers Of Loaf | Photo via https://www.mergerecords.com/archers-of-loaf

The 90s indie rock band Archers of Loaf have reunited, and are playing Philly in July.

The band – singer/guitarist Eric Bachmann, guitarist Eric Johnson, bassist Matt Gentling, and drummer Mark Price – formed in Chapel Hill, NC in 1991. Their astounding debut album, Icky Mettle came out in 1993, was recorded and mixed in seven days. It was the first of four studio albums for the band that SPIN Magazine deemed “a tremendously optimistic time in underground music, that 15-minute period in the early 1990s when it looked like indie rock really might take over the world.”

Now that indie rock sort of has taken over one part of the world, Archers’ catalog is even more important than ever. All four of the band’s albums were reissued on Merge Records in 2011. Pitchfork said it succinctly when they wrote about the classic Icky Mettle in 2011 when the album was reissued:

No single trend in 1990s indie rock can be traced back to Archers of Loaf. They weren’t quite “lo-fi,” they weren’t quite “slackers,” their guitars weren’t quite “noisy” and their drums weren’t quite “mathy.” Eric Bachmann’s vocals were gritty and visceral, but his lyrics were oblique and cerebral. Archers of Loaf thrived on subtle contradictions, on purposeful vagaries, on tentative gestures delivered with utmost conviction. It comes as neither a surprise nor a disappointment that this much-needed remaster of the band’s 1993 debut, Icky Mettle, isn’t particularly revelatory: Everything is still right there in the songs themselves.

While Bachmann continues to work with his band Crooked Fingers, that he formed after Archers dissolved, he’s reunited with the Archers for several shows including one of Union Transfer on Saturday, July 11th. Go here for more information about the show.

Below, listen to “Web In Front,” from Icky Mettle, and a live version of “Harnessed In Slums,” from a double live album, Curse of the Loaf, recorded at Cat’s Cradle in Carrboro, NC on August 19th and 20th 2011.