Girlpool release music video for "Before The World Was Big" - WXPN 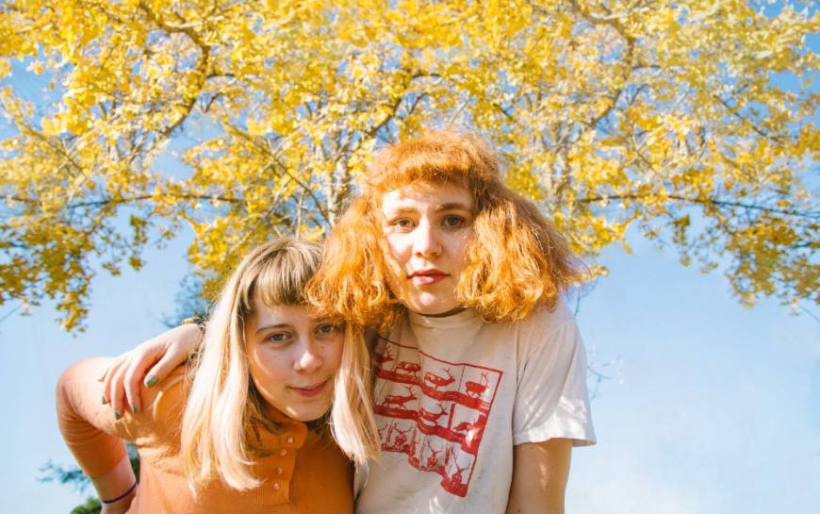 Girlpool release music video for “Before The World Was Big”

Comprised of Cleo Tucker (guitar) and Harmony Tividad (bass), they’ve been acclaimed for their raw, stripped down songs, using only their instruments and piercing vocal harmonies. On Sunday, they released a music video for the title track off their debut album, Before The World Was Big, due out June 2.

This track further extends into their knack for defiant songwriting. In the video, the band frolics around Coney Island with childish grins. Their adventures, as well as their outfits, are framed by Super 8 film-style editing, which gives a nod to the 1950’s.

It also suggests a simpler, more carefree time, which the duo’s frantic shouting conveys clearly: they sing of leaving the house early, “trying not to think of all the ways this place has changed”.

But it’s the chorus that captures what the album truly revolves around, exploring the concepts of growth, friendship, and one’s interaction with their identity and environment:

“I just miss how it felt standing next to you, wearing matching dresses before the world was big.”

As we grow up, the world definitely seems to grow wider and wider, spanning endless physical and emotional boundaries. But it’s artists like Girlpool who catapult themselves into this world with precision, focusing on the microcosms we know and love.

Before The World Was Big will be released on June 2 on Wichita Recordings. You can preorder the album here.

Girlpool is also embarking on a tour this summer, which will include some other great artists on some dates.