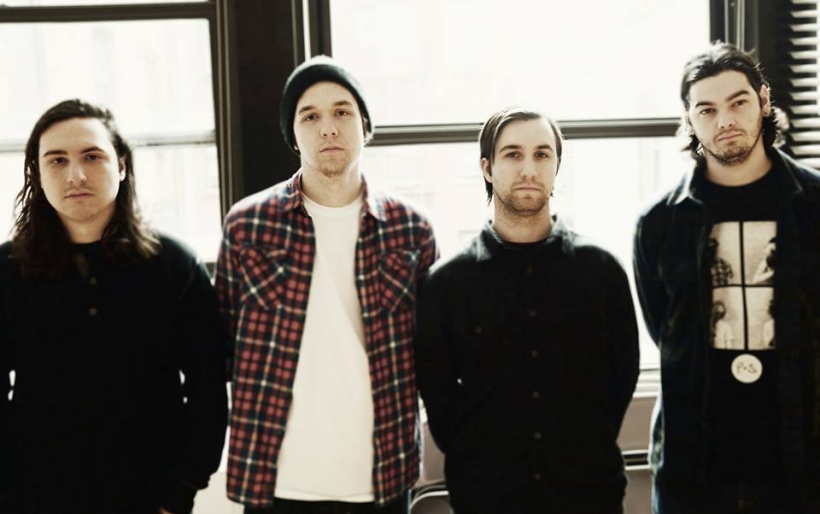 The sun set long ago for the Doylestown band known as Daylight.

But that didn’t mean they stopped making the battering, heavy songs that offered a throwback to the 90’s, served up on their debut record Jar. In fact, they took that sound and perfected it. That is what you will hear from Superheaven – different name, same snarling attitude.

Superheaven’s sophomore effort, Ours is Chrome, came out on May 4th. It’s the band’s debut on record label SideOneDummy, and their second record produced by beloved Philly native Will Yip.

The band’s vocal duties are split between guitarists Taylor Madison and Jacob Clarke. Their different styles seem to split the band’s sound in two: Madison handles the grittier songs with a more mean tone (see: “Room”, “Gushin’ Blood”, “Poor Aileen”, while Clarke, much like Jamie Rhoden of Title Fight, sings softer and more cautious (see: “Next to Nothing”, “Downswing”, “Blur”). This combination makes for an interesting, almost two-faced personality for the band. Listeners will get the best of both worlds.

The band’s full sound, however, centralizes on bottling the music that brought grunge to the mainstream (like Nirvana, Pearl Jam, Stone Temple Pilots, Smashing Pumpkins), and presenting it to a whole new, revamped generation – with  more in-your-face punchiness. And unlike many other bands who did a complete 180 with their sound this year, Superheaven is comfortable staying in place. Which totally works out for them.

Just last week, Superheaven premiered the music video for “Gushin’ Blood”, where Madison told NPR the heart-wrenching story behind the song. You can read the interview here; while you’re at it, check out our interview with songwriter-guitarist Taylor Madison from last December, where we talked about Superheaven’s record-in-progress.

Check out a different side of the band as they fool around in the SideOneDummy HQ in their video for “Next to Nothing”, which premiered back in April:

Superheaven is currently on a U.S. tour, and they’re holding the Ours is Chrome record release show at the Barbary on June 21. The show will be supported by the phenomenal West Virgina bummer rockers Rozwell Kid, as well as grunge band Diamond Youth.  Snag some tickets here.

Here are the remaining dates: