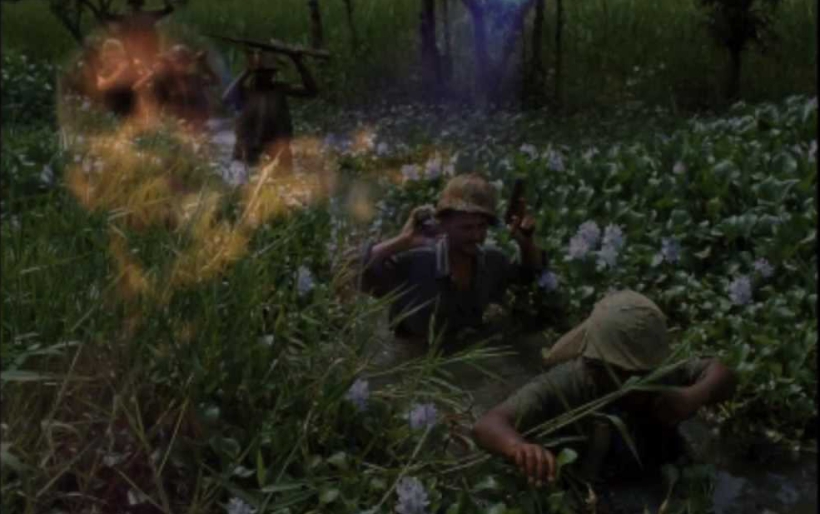 As we prepare to observe Memorial Day tomorrow, we thought we would use the occasion to look back at some songs inspired by the United States’ long and complicated history of armed conflict. Considering the holiday’s intention to honor those who have lost their lives serving their flag (note the omission of “which” flag — more on its original incarnation, “Decoration Day,” below), here are some songs that eschew the politics of the topic in favor of the essential humanity that has long-inspired songwriters and other artists to depict its dense characters and themes.

“The Scarlet Tide,” was released in 2003 on the soundtrack to the film Cold Mountain, pairing Alison Krauss’ considerable Country/Americana/Appalachian music pedigree with the expert songwriting team of T. Bone Burnett and Elvis Costello. As mentioned earlier, Memorial Day was originally observed as “Decoration Day,” a name that referred to the practice of citizens, both north and south, decorating the burial sites of fallen Civil War soldiers–“The Scarlet Tide” evokes the feelings of a woman left by her husband to fight in “the war between the states,” with Krauss singing “when I recall his parting words / must I accept his fate or take myself far from this place… // we’ll rise above the scarlet tide / that trickles down through the mountain / and separates the widow from the bride.” The heartbreaking delivery by Krauss, accompanied only by piano, violin,  and simple vocal harmony, creates a stark atmosphere that displaces the listener back a century and a half, succeeding solely in song what director Anthony Minghella achieved in the film in which it was featured. For two excellent alternate recordings, see Elvis Costello and Emmylou Harris’ version featured on 2004’s The Delivery Man and Joan Baez’s take from her 2008 album, Day After Tomorrow.

Billie Holiday – “I’ll Be Seeing You”

Though it was originally written as part of the 1938 musical, Right This Way, “I’ll Be Seeing You” took on a different meaning for those separated from their loved ones during the Second World War. Holiday’s version, recorded in April of 1944 for the Commodore label, captures the emotional weight that only Holiday could, giving the impression that we are eavesdropping on parting lovers when she sings “I’ll find you in the morning sun / and when the night is new / I’ll be looking at the moon / but I’ll be seeing you.” And while there is nothing explicitly in the song that refers to World War II, it’s popularity during a time when so many Americans fought overseas in Europe and Asia will forever link it to the immense conflict, and the generation that it came to define.

Though his recording and performing career (that began in the 1970s) spanned four decades, it wasn’t until the early to mid-2000s that Billy Bang reached his greatest artistic triumph, reflecting on the time he spent serving as an American soldier in Vietnam on 2001’s Vietnam: Aftermath and 2004’s Vietnam: Reflections. “Doi Moi,” a nine-minute meditation taken from the latter, encapsulates not only the single tour that Bang served, but the thirty-some years that followed, in a way that only a first-hand participant could. And while Vietnam likely inspired more songs than any other American war of the twenty-first century, Bang’s perspective is unique, as his approach, one that attempts to express the diverse feelings and experiences that became part of his life during and after the war, with the focus leaning almost entirely inward, representative of the individual himself over that in which he had become entangled. Bang died in 2011, but we are fortunate to have his work: here at once encompassing immense sadness, fragility, and perhaps most importantly, beauty.