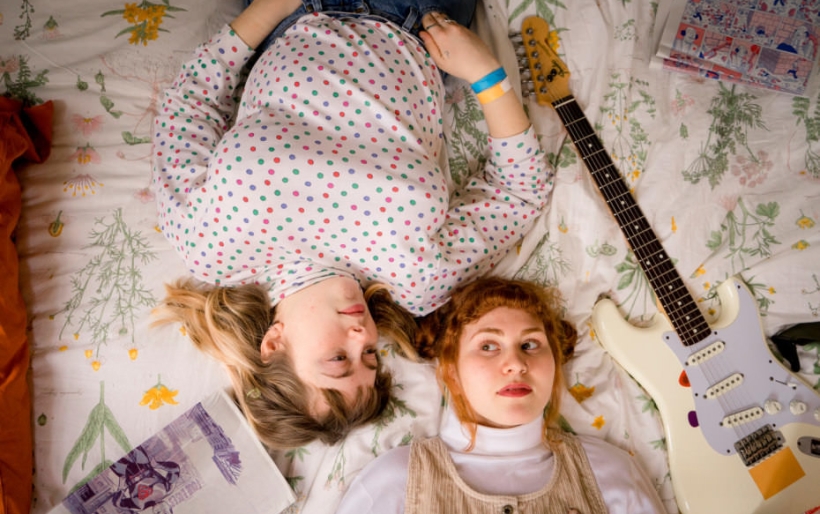 With anticipation building for the release of LA-by-Philly duo Girlpool‘s Before the World Was Big (6/2, Wichita Recordings), both Harmony Tividad and Cleo Tucker have posted music on their individual Bandcamps.

Tividad released two tracks, “I Don’t Care About the Summer” and “Jungle Gym”. The first is fuzzed-out and melancholy, as Tividad sings “I don’t care about the summer / It looks really beautiful where you are,” while “Jungle Gym” offers some cheer with a plucking guitar part and the line, “Yesterday was strawberry / There wasn’t a worry.” Tucker’s track, “Cake,” has the tempo and gentleness of a lullaby and features Tucker reflecting about the past (“What is the comfort in reminding/A retelling of the known”).

Girlpool also released the song “Cherry Picking” off of their album via Soundcloud. Check out the songs below — plus be sure to see the band with Frankie Cosmos at Everybody Hits on August 14th!