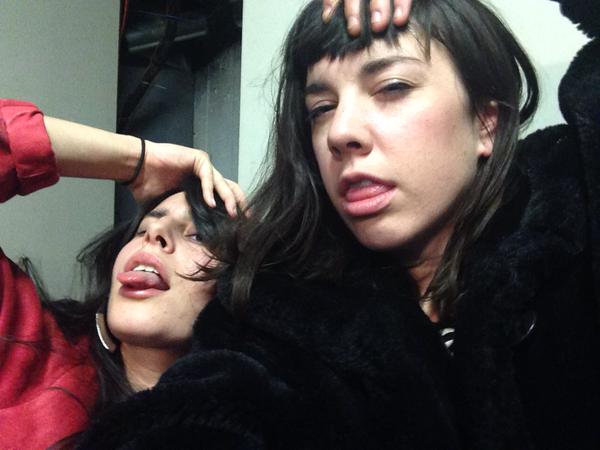 Marisa, left, and Kat make up Reagan | Photo courtesy of the artist

Here’s something unexpected: Kat Bean of Amanda X, Marisa of Mannequin Pussy, and… Sheryl Crow. Well, not Sheryl Crow herself, but rather a cover of her 1996 tune “Every Day Is A Winding Road.” While the original epitomizes windows down, hair blowing in the breeze, Reagan (the name of Kat and Marisa’s collaborative effort) have pared things down for a version that is more intimate.

Part of the Summer of Sheryl series, which features covers from Chastity Belt, Slutever, and more, “Winding Road” welcomes the season in hushed tones. Listen to the track below. For more from these alt-punk powerhouses, be sure to check our their Bandcamps (Amanda X; Mannequin Pussy). Amanda X will play Union Transfer on July 9th with Pissed Jeans and Mudhoney, and you can catch Mannequin Pussy at A House Named Virtue on June 13th.