It’s the End of the World, and I Feel Fine: Aaron Weiss of mewithoutYou talks Pale Horses
Artists

It’s the End of the World, and I Feel Fine: Aaron Weiss of mewithoutYou talks Pale Horses

“It doesn’t make me that sad,” muses mewithoutYou frontman Aaron Weiss. He is, of course, talking about the apocalypse — what else? It’s the central train of thought in the band’s new record, Pale Horses, out today. Weiss keeps it all in perspective. Whether the apocalyptic references are talking about death, ISIS, or the potential breakup of the band, he’s chipper throughout our conversation.

It’s the band’s first day on the road of a tour in support of the new album — they’re somewhere between Philadelphia and Chicago, stopped at a Guitar Center working out some potential issues with Aaron’s new vocal doubler. But he’s not worried about that, either. The show goes on: “I guess you could say they’re dispensable. I never use that word, but they’re dispensable,” he says of things like his vocal effects, which will have to wait to be fixed until at least after the first show.

While production and effects are all well and good, Weiss thinks the band is getting back at something important — back-to-basics, in a way. Coming as their sixth LP, Pale Horses faces some stiff competition from seminal post-hardcore releases Catch for Us the Foxes and Brother, Sister. Eschewing the folk stylings of later It’s All Crazy! It’s All False! It’s All a Dream! It’s Alright and folkloric storytelling found on concept album Ten Stories, the new release manages to stay true to everywhere mewithoutYou has been, and also chart a new path at the same time. Even if self-deprecating new lyrics like “our best years behind us” might make you think twice, don’t doubt that Pale Horses is amazing in its own right.

“A lot of the strength of our band comes from the power of the heavy guitars and the explosive kind of drumming and the strong bass,” said Weiss,” and my voice, you know, when I’m shouting.” And shout he does. While 2012’s Ten Stories had a handful of visceral moments, nothing on that record quite stacks up against absolutely unhinged flashpoints found in numbers like “Red Cow,” “Mexican War Streets” and the climactic album closer, “Rainbow Signs.”

Call it a comeback? Maybe. Weiss hesitates when I ask what he thinks of those who would call Horses a return to form. “I’d say that’s totally fair. I thought of Ten Stories in that way, in that we had departed so drastically — in my estimation with It’s All Crazy! — it felt like with Ten Stories, the fact that I was shouting again felt like we were doing what we do best. But at the same time, I was leaning on that same fable storytelling approach with the talking animals and children’s story approach that in that respect it felt like the furthest we had ever departed from what we started out doing. Which is very personal, revealing, kinda vulnerable thing I had always been trying to do: writing about my experiences in a pretty direct and unguarded way. I think with Pale Horses I tried to go back to that, largely because the guys in the band suggested I do so.” 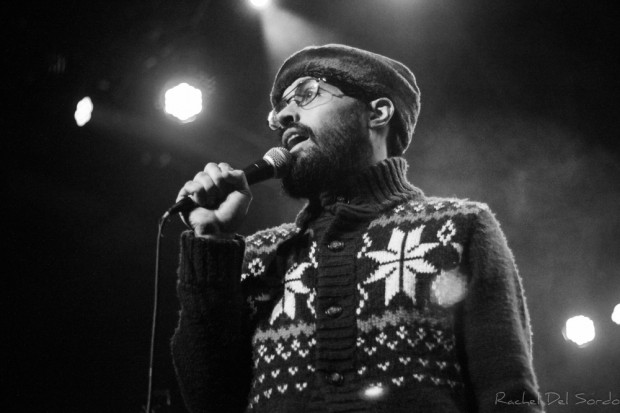 Much like the music and the storytelling, the theology behind mewithoutYou is constantly in process and transition, only slowing down long enough to put pen to paper for each album. It’s what allows Weiss the freedom to pen lyrics like “I was the ISIS flag design,” and actually get away with it. He chuckles, “I was kind of expecting a call from the CIA on that one.” It’s an album that very much deals with — yet makes no excuses for — the duality of faith. Pale Horses is a record that ditches It’s All Crazy!’s praise choruses like “What a beautiful God there must be,” and goes straight for the jugular of Abrahamic scripture, with Aaron yowling “Was he a violent man? / Well he had his genocidal moments!”

Nobody gets a pass, Weiss included. On one of the album’s most poignant moments — album midpoint “Mexican War Streets” — Weiss stakes out a lull in between roaring through choruses to moan “I tremble at the thought of what’s often referred to as karma.” Even though he doesn’t know whether or not there’s truly karma, Weiss goes to extremes to practice humility and attempt make up for any hurt or unmindfulness that he’s caused in his life — or inherited. “When I think of what I’ve inherited from my parents — religiously, and in terms of my disposition and my own mental health —It’s kind of intimidating,” he said, “my parents were really intense people… to think of whatever karma I’ve picked up from them.”

Even though he’s constantly evaluating his own karma, the many fans whose lives have been impacted by the work of mewithoutYou over the past 13 years would probably tell him not to worry about it. But 13 years is a long time, and Weiss is feeling it. “Every time we finish one, I’m so grateful and I tell myself ‘never put yourself through that again.’ I am getting old, and I’m not as cool or as handsome or whatever when I look in the mirror.” Six incredible albums in, nobody could blame them for wanting to hang it up after this — if they even do. And it’s a big if. For now, let’s enjoy Pale Horses and get busy praying they plan a hometown show for us to jam out to it at.