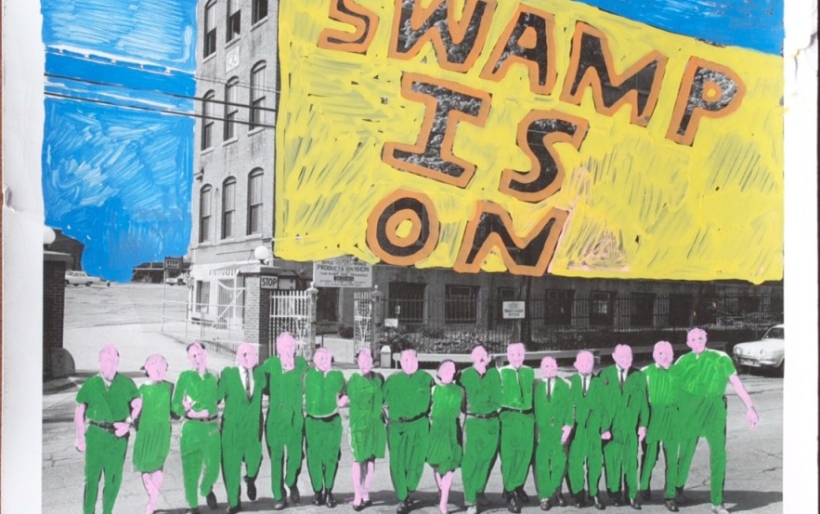 Dr. Dog & Pig Iron Theatre together: The Swamp Is On at Union Transfer

In April, 2013, Dr. Dog and the Pig Iron Theatre Company were awarded a $60,000 “Fostering The Arts” grant by the Knight Foundation to collaborate on a project together, a “hybird opera performance.” The project has been conceptualized and officially named “The Dr. Dog Pop Detachment & The Pig Iron Psychedelic Signals Auxiliary Present SWAMP IS ON”.

Swamp Is On, the collaboration between one of Philly’s most beloved indie-rock bands and the award winning experimental theatre company, Pig Iron, is scheduled to run on September 9th through 12th at Union Transfer. Tickets to the shows go on sale Friday, June 19th at Noon. Each of the performances will be followed by a show by Dr. Dog.

Just what is the concept for the show? On their website, Dr. Dog explain:

There are a handful of scientists who have searched for The Psychedelic Swamp for years, trying to interpret messages from The Swamp and from Phrases. These scientists, The Pig Iron Psychedelic Signals Auxilliary, join forces with the Dr. Dog Pop Detachment, to decode the tape and spread the message of Phrases. A government agency interferes with the scientists and tries to shut down their facilities, and this concert, in an effort to keep the truth about the Swamp from reaching humanity.

Go here for tickets and more information about SWAMP IS ON.