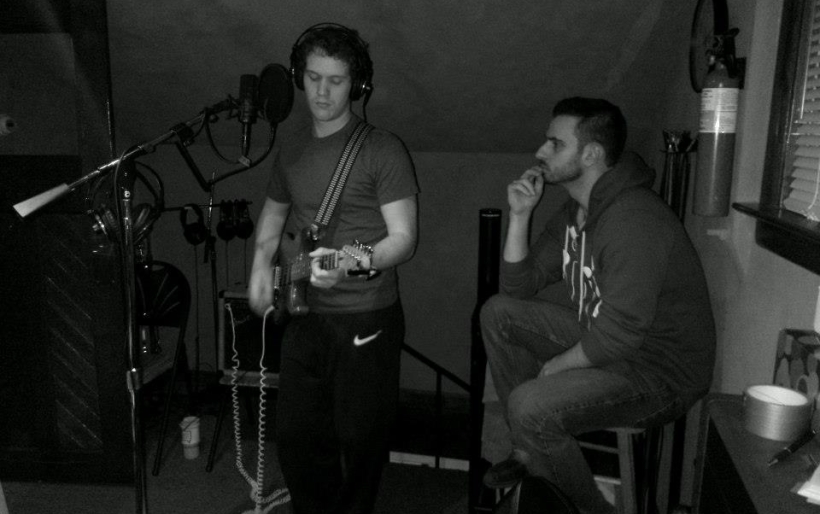 The inside story of Little Furnace with label owner Jack Firneno

Little Furnace is a relatively new local label, run by Jack Firneno. The label’s roster includes Cicada Jade, Borrowed Equipment, The Band Sheep, Tim Schmid, Alyssa Marsdale, Dime Street Joker, and Ashton John. The creator and backbone of the fresh faced record label reflected over email with The Key about a the label, its roster and a Little Furnace show at Connie’s Ric Rac in South Philly last month. The show included many of the artists on the label, including Ashton John. Firneno wrote: “I’ve never seen a bar go from empty to packed as fast as when he’s (Ashton John) playing.” Here’s more on Little Furnace from Jack Firneno:

On Little Furnace’s Beginning:
“Little Furnace began at the end of 2013 when Dime Street Joker brought me to The Pen Recording Studio in Southampton, PA (suburban Philadelphia) to drum on a few songs. I was instantly enamored by the studio and owner and engineer Ron Pastore, and just wanted to keep coming back.”

On Finding artists and talent:
“I reached out to other bands I played with, helped fill them out with session players as needed, and started booking studio time. It became obvious we had a lot of resources between us, and we formalized the idea of working together as a label. The bands on the roster are a combination of people I played with that I wanted to hear on record, and then other artists I met along the way. We ended up with a bunch of great songwriters and also a handful of people who turned out to be really solid session dudes and played on a bunch of tracks.”

About the artists
“Borrowed Equipment reminds me a little of the band from the movie That Thing You Do. Just really well-done pop-rock with a smile, and Don Lafferty’s lyrics are especially witty. Andrew Scheck’s groove metal guitar harmonies in Dime Street Joker are dense and catchy — a hard line to straddle, in my opinion. Also, Natasha Kornegay can make a polka sound sultry. But when it comes to pure pop music, Alyssa Marsdale is off the charts. She brings in amazing, heartfelt outlines of songs and lets us color them in. Never have I had so much fun staying in the lines. ‘One-Take Tim’ Schmid should not be in Philadelphia. He needs to be in Nashville atop a pile of diamonds and vintage guitars brought to him as offerings by aspiring country artists. I’m not sure what impresses me more about The Band Sheep: Rick Sabatini’s and Daniel Brien Jones’ goofy.catchy/technically adept songwriting, or how intensely Sabatini vetted my offer to join the roster. He’s got a good head for business and networking. Similarly, Brianna Lee and Tiffany Adams do a lot to generate awareness for us all, along with writing some beautiful, unique indie folk (and, apparently, some hip hop now, too) as Cicada Jade. Their house shows, under the name Hidden House, are swinging good times that introduce many different bands and fans to each other. Brianna’s the kind of charming that never worries about speeding tickets. She’s the first to bring in new people and keep the peace when needed. She also trips over herself to be the first to tell me when I’m being an asshole.”

On future plans for the label:
“Cicada Jade is having their single release party on June 11th at Tin Angel, and we’re working on a Grape Room bill with Borrowed Equipment and Alyssa Marsdale for later that month. After that, bands are going back in to record either another single or two, or full EP’s. Another act or two may join the roster soon. To keep the content coming without rushing anything, we’re planning a barbecue weekend at the Pen later this summer where each band records a cover song live in the studio. They’ll come out throughout the summer with performance videos.”

The future certainly looks bright for this up and coming label as this summer will supply for many new and exciting things that both Jack Firneno and his artists are eager to explore. Listen to a Summer sampler of bands on Little Furnace below.