The vibrant Whitney Peyton talks beginning, digital novel, and what to expect in the future - WXPN 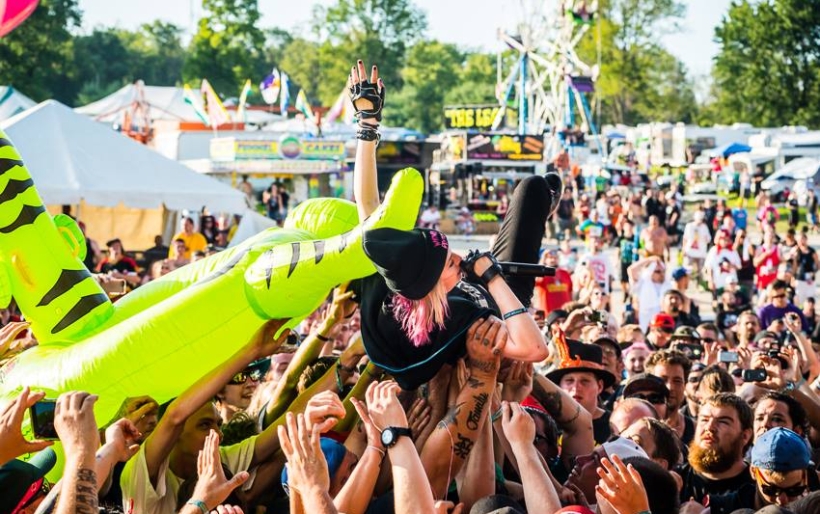 The vibrant Whitney Peyton talks beginning, digital novel, and what to expect in the future

The young and charismatic Whitney Peyton has quite a few accolades for an artist still considered to be underground.  In the midst of winning tri-state contests and recognition from major media outlets like MTV and ABC (to name a few), the rapper also contributed to a collaborative children’s album that received a Grammy in 2012. Most recently, she’s been involved with a new innovative graphic novel that features 26 different underground artists from around the globe called How An Atomic Fart Saved The World.  With all that, the always hungry Whitney Peyton has her eyes set on future projects and music, looking to take her Underdog movement to a new forefront and demographic.  I was given the chance to talk to Peyton about her background and aspirations.

“I’m from the outskirts of Philly.  I actually started with spoken word poetry, I was one of those kids that was like really into English class.  So yeah, I started with spoken word and got into the Philly scene where it’s big.  That’s where I learned a lot about rap too.  I decided I wanted to actually rap on beats instead of just doing a cappella.  Once I really got into the scene was when I started meeting producers and it really helped me with the transition from just doing a cappella to doing actual music.”

On poet vs rapper Influences:

“I think rappers were definitely my influences.  I would turn on the TV and see like Missy Elliot and Lisa ‘Left Eye’ Lopes from TLC so I was being exposed to those artists.  I would always think that those females would kill it so it just made me immerse myself into the culture more”

On her single “Woopty Woo Woo”:

“I had written the song for my debut album that came out last year titled On The Brink.  It was produced by a producer in Philadelphia by the name of Ali ‘A MAC’ McGuire and she does a lot of live sound at events in Philly.  The song itself sounds silly and dumb and like it makes no sense but it actually really does if you listen to it.  It’s about politicians and reality shows and everything like that just being thrown in our face and sounding like nonsense.  I remember going into the studio with Ali and her asking if I was serious about recording a song actually called that [laughing], I had to convince her a little bit. ”

On inclusion in How An Atomic Fart Saved The World:

“These guys from H8 Society heard the song on ReverbNation and just reached out to me like a year after the project had came out. I think it caught their attention because it is silly and sarcastic and their whole book is like that.  The book’s full of sarcasm and dark humor and it embodies the whole song.  I was super excited for it because I had never heard of a book having a soundtrack, I thought it was insane I was totally on board.”

On familiarity with other artists in the book:

“Some of them I have heard before just because of when you’re an independent artist you do hear about other ones that are doing big things.  There were a couple that I knew of but there were also a couple I was introduced to just through social media and them talking about how they’re in the book.  I was able to discover a couple really cool people, some really unique artists I that I couldn’t even tell you what genre they’re in. I feel like these guys were so smart for choosing artists that were so different for a project that’s so different, it goes hand in hand.”

On the #TeamUnderdog movement:

“It’s definitely a movement, It’s what I represent.  There are so many times where independent artists get snubbed on so many levels.  You see our successes because that’s what we post online when we have a good day and a good show but people don’t see how many times doors are slammed in our face.  I just started hashtagging #TeamUnderdog one day and fans started catching on so I just fully embraced it, alot of people can relate.

On the Fear of Falling EP track “Better”:

“I’m really proud of that song.  When I was writing it I abandoned the need to impress people and tell a story.  So many people nowadays wanna hear you rap fast and they stop thinking about what the song actually means. I just wanted to tell a story, there’s some truth behind it but certain details were changed because I didn’t want to give too many details away.”

Whitney Peyton already has a few impressive accomplishments under her belt, and although I know she’s grateful she is in no way satisfied.  Continuing to push herself, she looks to take her movement and following to new heights as she goes into the summer of 2015.