Listen to the #XPNfest playlist on Spotify 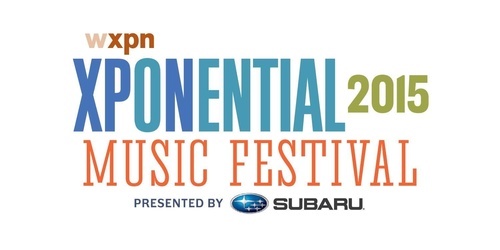 Listen to the #XPNfest playlist on Spotify

The 2015 XPoNential Music Festival is fast approaching; it’s happening the weekend of July 24-26th on the Camden Waterfront. Listen to a Spotify playlist we put together of all the artists performing at the festival.

Better known as the stage name of multi-instrumentalist Annie Clark, St. Vincent is a staple of the modern music world. She got her start in The Polyphonic Spree and Sufjan Stevens’ touring band before focusing on her own solo work. She has collaborated with artists from all over the board, including David Byrne, Swans, and Bon Iver. Clark’s music has been lauded for its wide array of instruments, complex arrangements, and lyrics that often teeter between happiness and madness. On this track, Clark’s voice shines through a mass of horns and dance beats.

Composed of the remaining members of Bob Marley’s band, the Wailers have continued to play soul-shaking reggae since Marley’s death in 1981. A song like this one needs no explanation – listen to their classic “I Shot the Sheriff”, and get ready to sway your hips.

Hailing from Los Angeles, Dawes offers a throwback to the classic canyon rock era of the 1960s and ’70s. Formed from the remains of the power-pop band Simon Dawes, brothers Taylor and Griffin Goldsmith gravitated back to the mellow sounds of their homeland. The band is known for its honest, storytelling lyrics. On “Things Happen”, Dawes moves seamlessly through a slow, self-aware jam full of echoing guitar and a few power chords.

She’s a kickass singer-songwriter from Melbourne, Australia, known for her witty, rambling vocal delivery. Her debut album, Sometimes I Sit and Think, and Sometimes I Just Sit, was released worldwide on 23 March 2015 to critical acclaim. She’s definitely one to watch – don’t miss her at the fest! On “Dead Fox”, Barnett stumbles through rants about preservatives in food, gas prices, and more… but with finesse.

Lord Huron is the brainchild of Ben Schneider. His knack for pensive, soft indie folk songwriting has built a steady following around Lord Huron, and he’s released two studio albums: Lonesome Dreams and Strange Trails. “Meet Me in the Woods” is a moving song fit for listening in front of a roaring campfire or driving the highway in the late night hours.

With a unique fusion of Tex-Mex Latin music and the more modern, ambient sounds of post-rock, Calexico have been described as “desert noir”. They’re named after a Californian border town, and their Tucson, Arizona roots show clearly in their music that can switch instantly from peppy mariachi to spacy alternative. In “Falling From the Sky”, swelling chords have a unique contrast with trumpet fanfare.

The band that everyone at the key is going nuts about just released their sophomore effort, Painted Shut. Frances Quinlan’s immediately distinguishing voice treads a thin line between broken whisper and full-on tantrum. Her brother Mark Hop Along’s hard rock drumming, coupled with guitarist Joe Reinhart’s emo-influenced twinkling guitar riffs, give the band a quirky, homey sound that comes from all walks of life. Listen to “Waitress”, a song that showcases one of Frances’ stories within driving indie rock.

Madisen Ward and the Mama Bear

They recently performed at our Non-COMMvention, and dazzled the crowd. They’re a mother-and-son folk duo from Kansas. They quickly rose from coffee shop players to internet famous, and recorded their debut Skeleton Crew, released earlier this year. Here’s the song that won the hearts of people all over America: “Silent Movies”.

A group of young and talent psych-rockers, Pine Barons make a unique brand of rock and roll. With luminous guitar riffs and solos, edgy vocals, and a whole lot of groove, they’re a must-see at the fest. Here’s “Don’t Believe What They Told You”, a sunny, reverb-drenched anthem.

Vita and the Wolff

Vita and the Woolf is the creation of Jennifer Pague. They’re an electronic soul pop musical group from West Chester. The band has drawn countless comparisons to Florence and the Machine, but deliver just a bit more bite. Their harmonies and instrumentation reflect a crazy mix of  R&B, soul, jazz, and powerful choral ballads.