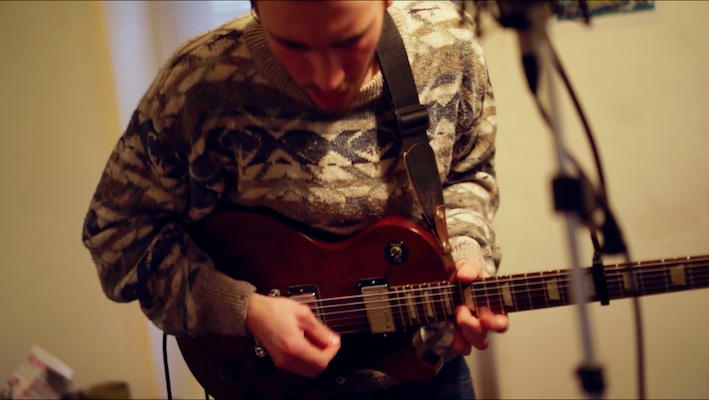 If the Grim Reaper was your best bud, what would it be like to throw him a birthday party?

In the video, Meoray plans a surprise party for Death. He invites all of his friends to make sure it’s a good time. But things start to go wrong once the Reaper touches anyone – they drop dead to the floor. It doesn’t matter if they’re playing flip cup, doing keg stands, or giving bro handshakes – the Reaper still brings death wherever he goes.

Meoray’s style echoes the highlights of 80’s synth pop groups, as well as newer indie pop acts like The Drums, Foals, and Wild Nothing. Though the subjects of his songs may sometimes address touchy subjects, his music is upbeat and catchy. His unique voice adds new flavor to the indie genre, combining electronic and even punk influences.

Check out more of Meoray’s music on his Bandcamp, as well as his other hip-hop/alternative project, Astronauts Really Fly, and folk punk project Q Family.