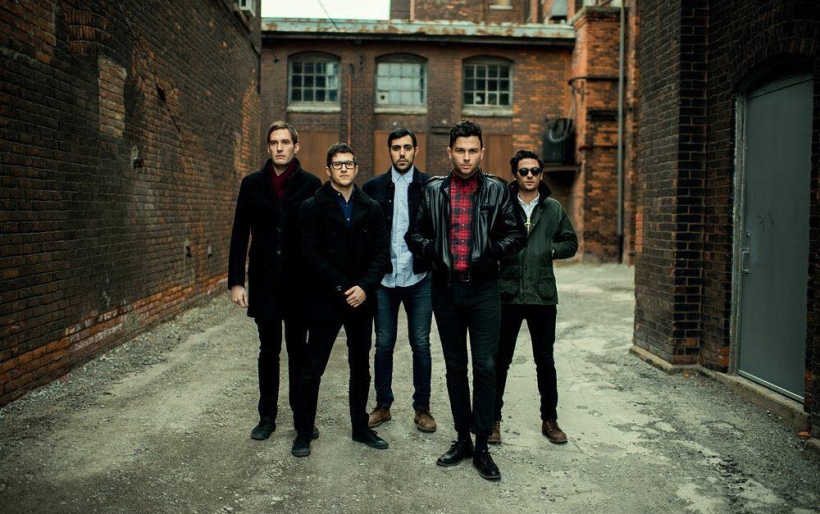 The Canadian rock and roll band Arkells first hit my radar when I was driving through Toronto in the Summer of 2009 listening to the CBC. It was one of those rock and roll moments, when a DJ plays a song that you’re rocking to and don’t know, you turn up the car radio, and anxiously wait for to hear who it was. Turns out, it was a song from the band’s first album, Jackson Square, called “Oh, the Boss is Coming!.”

The Arkells are a hard working Ontario band fronted by the charismatic and energetic Max Kerman. They’ve got three albums to their credit, including the recent High Noon. Like the Sam Roberts Band and countless others from Canada, they are highly acclaimed in the North, yet haven’t yet hit in the States. They’ve won Juno Awards for New Group of the year in 2008, and Group of the Year in 2012, and High Noon was filled with exceptional rock songs with touch points that bring to mind moments of Springsteen and Coldplay. The highly road-tested rockers always guarantee a great show, and are hitting the road in the Fall with a stop in Philly at MilkBoy for an XPN Welcomes show on Saturday, October 10th.

Get tickets to the show here. Below, listen to a couple of stand out songs from High Noon.