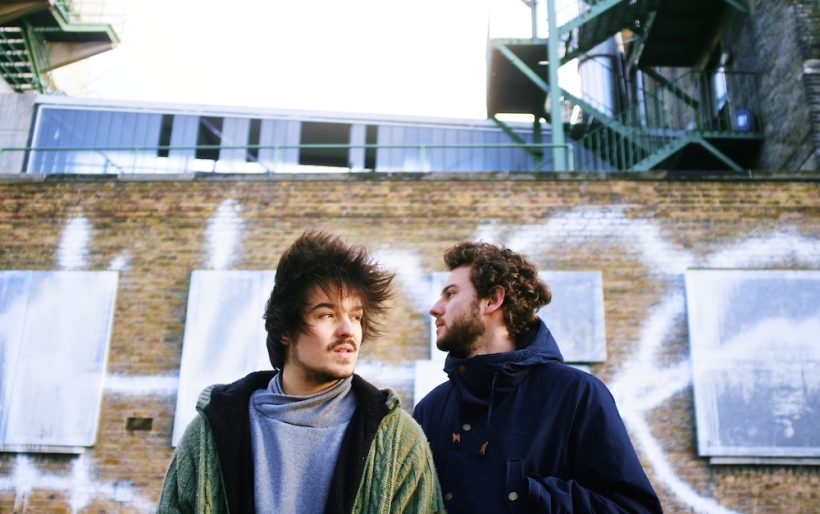 Milky Chance | photo by James Kendall | courtesy of the artist

A conversation with Clemens Rehbein of Milky Chance

I spent my Thursday afternoon chatting with an old friend over the phone. At least that’s what it felt like. I had a conversation with Clemens Rehbein, lead singer and half of the duo Milky Chance. Although he was about a 12-hour plane ride away, it felt as though we were in the same room. And, in a couple weeks, we will be! The German band graces Philadelphia at the Skyline Stage at the Mann Center on July 28th; tickets are still available to spend an amazing summer night with Clemens and his talented partner, Phillip Dausch. But before we see them live, here’s a few words from our overseas friends to tide us over.

The Key: To start off, how is the tour going so far?

Clemens Rehbein: It’s good, we’re back in Europe and we’re visiting the countries we couldn’t make last year. We’re in Finland right now and then to Denmark and Sweden. It’s really exciting to play new countries.

TK: Are there any German bands that you think Americans would be interested in that they probably haven’t heard of?

CR: Well, there are a lot of German artists who speak in English. I think it’s a really common thing now, for songwriters to write in English. I don’t know if Americans would really like their kind of music. Although, I know of a band that’s really popular back in Germany called the Beatsteaks. I heard that they tried to do some stuff in America but it didn’t really work out.

TK: Is there a reason you guys prefer writing your songs in English over German?

CR: It was a natural thing because I only listen to English music and I learned songwriting from English artists.

TK: What is the idea behind the title for your album Sadnecessary?

CR: The title describes the main way that all of our songs work. They have the mixture of melancholy feelings with a dance mood or a happy mood. I guess Sadnecessary is the way songwriting works for me. I have personal experience that can be good but also can be bad and moves you in a certain way. That’s why I do songwriting, to work with these emotions and experiences.

TK: Do you guys feel like you’ve had to change your style of music at all to fit what fans, or popular music, wants to hear?

CR: I don’t think so. I mean, there are a lot of people always asking us about the “pressure” thing about getting big and getting a lot of attention for our music. They ask if you feel under pressure because you want to get the success.  But I guess that’s the thing that you really can’t control. Success all in all is a mystical thing. It’s hard to explain. I wouldn’t say that I have a recipe for writing a hit, so I can just be me and continue doing what I like and writing music that I feel and maybe people will like it.

TK: What was your reaction to the extreme success of “Stolen Dance?”

TK: I noticed that in a lot of your music videos you guys are outside, do you think nature has been an inspiration to your music in any way?

CR: Yes, of course. We really like being outside, even if it’s just taking a walk or something. Being outside is really influential. It’s a natural thing for a human being to want to be outside and enjoy nature because for me it’s the most beautiful thing you can do, rather than being inside in a room or watching T.V. I think that a lot of people will forget what we really feel like when we just go outside and enjoy nature.

Milky Chance plays outside on the Skyline Stage of the Mann Center for the Performing Arts on Tuesday, July 28th. Tickets and more information on the show can be found at the XPN Concert Calendar.