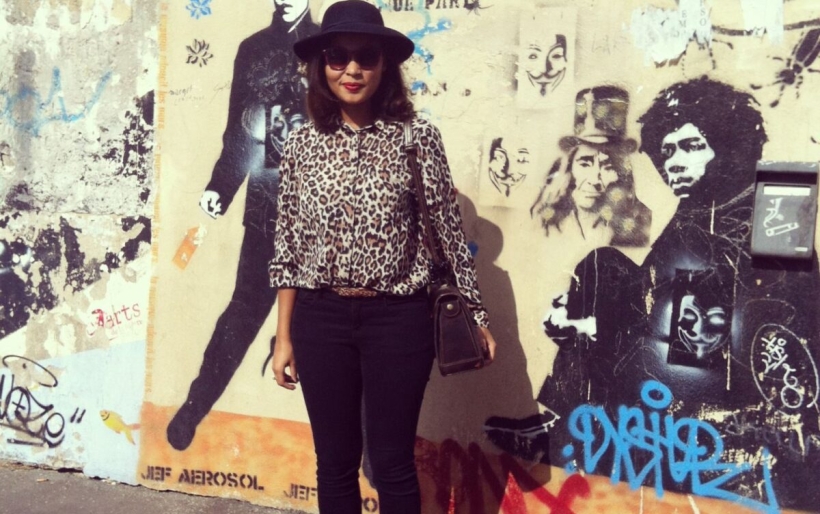 Expat Chats: Attia Taylor on life in the Big Apple

Attia Taylor released her very first EP, Dear Universe, in 2009 and quickly started playing shows across the city and in the northeast. Her dream-pop jams were infectious and quickly won over many showgoers’ ears. In 2012, she made the move out of Philly to New York City. It has taken some to time to get accustomed in the mega-metropolis, and she tells us she’s still getting settled three years later.

“I wanted a bigger environment,” she said of the move. “It was a big transition. Trying to feel comfortable in a new place. [In New York] there’s a lot of places in fit in. Whereas, Philly you fit right in. You kinda just play music and get to know everyone and it’s kind of a family. It’s a bigger pond here.”

She hasn’t been playing out too much lately. “I actually played more shows in New York before I moved here,” she said. But Taylor tells us she has been working on a top-secret project that’s close to seeing the light of day. She is in the process of making an album with Corey Duncan of Oh! Pears. This collaboration came about from a song they recorded together several years ago.

They continued collaborating via email. A few months ago, Taylor was in Philly recording with Duncan putting in 12-hour days in the studio. The title for this project is Strange Parts. The name came about from a line in a book.

“It came from my love for Hermann Hesse,” Taylor says. “There was a line ‘strange people playing strange parts.’ That stuck out to me and I wrote it down. It’s so describing of all of the things in life. We’ve felt kind other to the people around us. Strange parts about things that don’t seem normal to us and embracing those parts. It is strange parts we have to play in our lives. Describes element of music and how we feel as people.”

Taylor has some plans on the horizon for her solo work, but her current focus is the collaboration with Duncan. “That’s where my attention is. I do have plans to work on a solo record in the near future. I had some things that prevented me from writing my own stuff for a while. I’m still in the process of getting ready to write in the style I used to. I’m working through things and writing,” said Taylor.

Taylor doesn’t think New York has seeped in its way into her new lyrics. At least not that she has noticed. “I’m more influenced by experiences and people and mental experiences and inspired by feelings than the environment. I don’t think Philly or New York influence my sound. The process definitely changes the way I am day to day. I don’t hear it coming out in music.“

Duncan and Taylor haven’t released much information on when Strange Parts will debut, but they’ve been hard at work. “We are in the process of writing lyrics. We’re recording. Once we work on all the logistics, we’ll be playing shows. We’re keeping it underwraps for now. But we’ll be out playing shows and presenting ourselves to the world,” she said.

Taylor is very excited and energized by Strange Parts, the new collaboration. She says it’s much different from her past work.

“Oh! Pears is very professional and beautiful, and it has a lot of parts to it,” she says. “My solo work has always been minimal and vocal-driven. We kinda meet in the middle. It is sounding very peppy and has a lot of interesting parts. It’s not anything like our solo work.”

“We’re very hopeful for this album and everything that will come out of it,” she says. “We both admire each other works. We are constantly grateful to work with each other.”

Yes, Attia Taylor is officially an ex-pat, but Philly is still near and dear to her heart. There’s plenty she misses. “I miss the community and the venues. Playing on shows with bands you’re friends with and having friends and family always come out. I miss the neighborhood feel. It is something that embraced me as an artist and definitely influenced my sound a lot,” she said. “They definitely embraced me as a quirky artist, and I feel that is something that can only start in Philly and be held in Philly. I feel lucky.”

She also noted how much she’s misses Girls Rock Philly and being involved with that organization.

The first question with any ex-pat is “Why did they leave?” The second is “Will they return?” Taylor doesn’t have any plans to come back to Philly.

“I don’t plan on moving back to Philly anytime soon. I am comfortable in New York and enjoy it and the space and size of it. I always feel at home in Philly,” she said. “But I like that NY has no limits. I like that feeling. It’s very adventurous and I like that a lot. Unless I had to, but I don’t think I’d wanna move back to Philly.”

Of course, it is almost guaranteed that Duncan and Taylor will play a Philly show after the debut of Strange Parts. Taylor feels grateful to the city and also to the support she received. “It is a lot of work on both ends,” she said. “I am hopeful and can’t wait for everyone to hear my new album. It’s going to surprise a lot of people.”