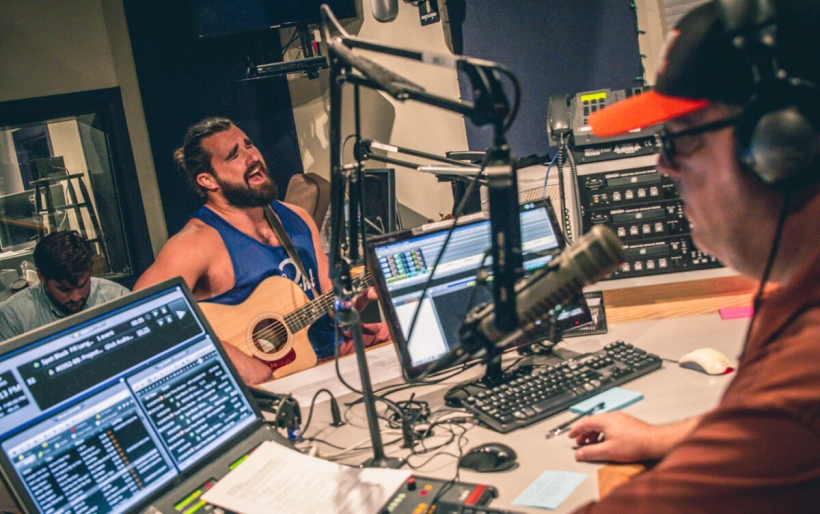 Last night, Dan Reed welcomed Philadelphia Eagles center Jason Kelce on the WXPN airwaves for his weekly Copy That segment. Though he characterizes music as more of a hobby these days, Kelce tells Reed that he grew up playing saxophone in his high school jazz band in Cleveland Heights. “When I went off to college, I knew people in the dorm didn’t want to hear a saxophone going off,” Kelce says. “So I taught myself to play guitar.”

His favorite songwriters are storytellers, he told Reed, particularly Guy Clark: “What comes out of their mouth is a gritty poetry that you can’t find anywhere else.”

After talking a bit about the Eagles, injuries and the upcoming season, Kelce performed two songs with his roomate Will Wendel joining him on the cajon. For his cover, he did a rendition of Jason Isbell’s “Cover Me Up” – a storytelling songwriter if ever there was one – and he also played an original song called “Homes Change.”

Listen to both songs below, along with Kelce’s full interview with Reed, and check out photos of the gang in the studio – including Eagles linebacker Connor Barwin, who Reed joked is moonlighting as “a high-powered talent manager.”