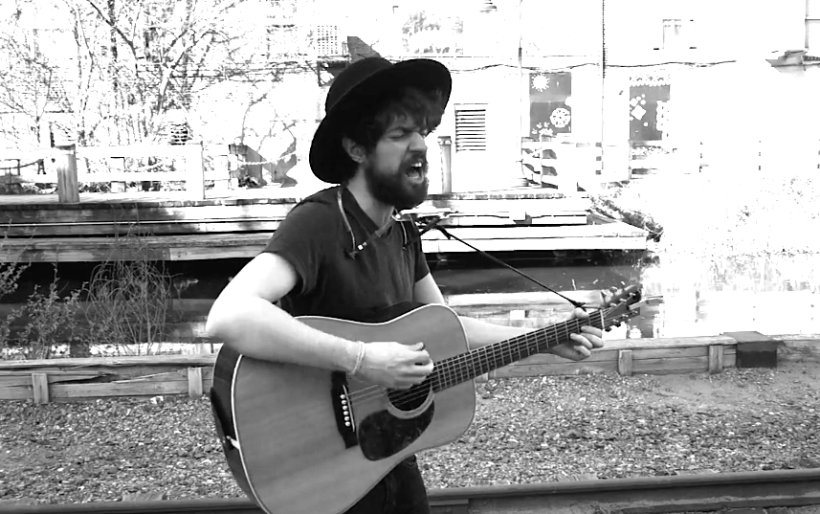 By Hannah Borghi
July 17, 2015
08:07 AM
Share
Anthony D’Amato covering Marah along the Manayunk Canal | via Root Down in the Shadow

Folk singer-songwriter Anthony D’Amato performed at Main Street Music in Manayunk during this year’s Record Store Day, and videos are now available via local blog Root Down in the Shadow. The first is an unreleased original titled “Rain On a Strange Roof”, a guitar-driven tune that had the crowd whooping at its final chord.

The next was a cover of Marah‘s “Walt Whitman Bridge” that D’Amato performed outside by the train tracks. The D’Amato version is Marah-approved, too:

When you see a dude covering your own song you wrote you feel proud… when you knew that dude when he was just a kid and now he’s older and got his own music career happening, well, it makes you even prouder. It makes you fist pump the sky in your own kitchen on a Tuesday afternoon. Dig it.

It was a very windy afternoon on Record Store Day, and you definitely notice that in the audio of the performance, but the passion in D’Amato’s Marah cover can’t be denied. Watch below.