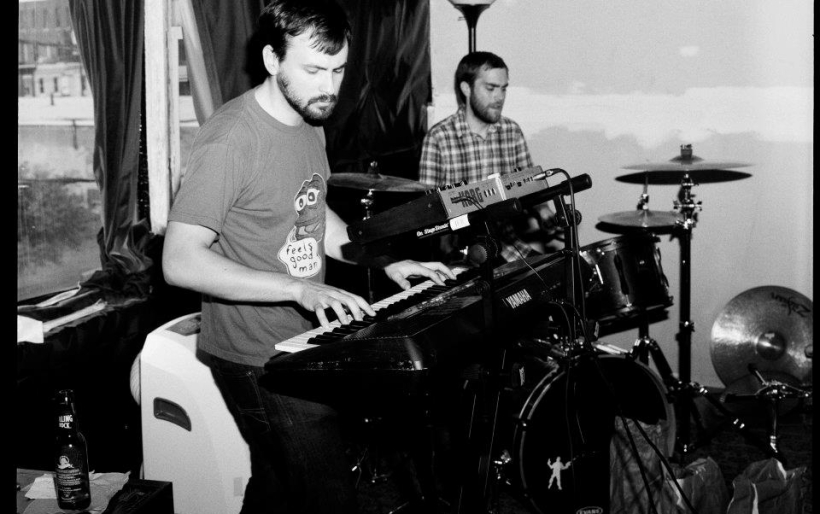 The Stammer | Photo By Lauren Barrett

Hear two new songs from gloom-rockers The Stammer; catch them at The Fire

Gloomy post-punks The Stammer are back with two new songs from their forthcoming album, Days in Between.

The songs “The Storm” and “Kate & Chris” stand in sharp contrast to each other, but both show off the sonic capabilities of the band. Originally the recording project of vocalist Brian Brotman, the band has evolved into a three-piece, and these two new songs shine with personality.

“The Storm” opens with a dense rhythm section that rivals Joy Division: a chugging bassline is layered on top of dancy krautrock drums. Later, electric guitar splits through the minamalistic mix with quick jabs, like the off-beat technique of Television. Brotman’s soothing voice spins a tale of doom in the Western world inspired by the events of Hurricane Sandy.

B-side “Kate and Chris” is a gentle narrative of two strangers that meet after hours at a bar. It pads along in 5/4, filled with bleary-eyed hope that one has when they look in the mirror after a bad night’s sleep. Beach-combing guitar chords ring out while the bass weaves a path through.

Both tracks display the band’s excellence at deadpan delivery and their attention-grabbing acute tendencies.
The band will be celebrating the release of Days in Between by playing an album release show at The Fire in Philadelphia on Friday, July 31st. Blood Sound, Mock Suns, and NYC’s Exiles will join them. The album comes out the same day.