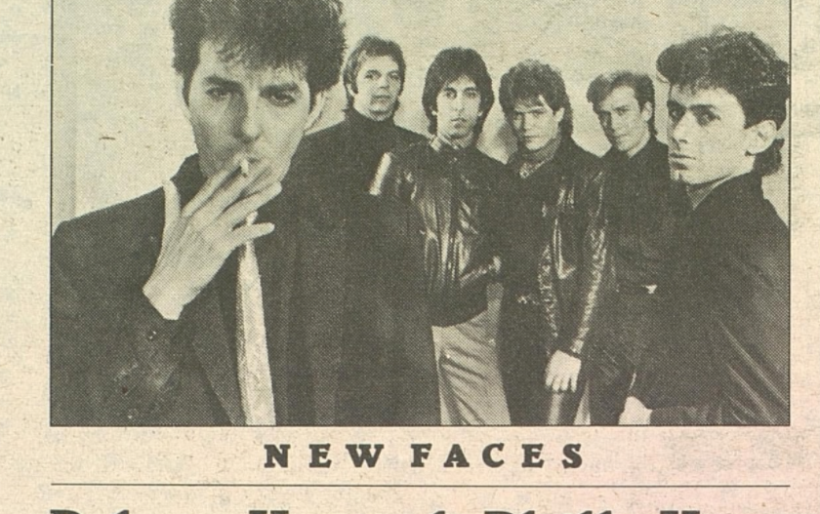 He wrote “Girls Just Want To Have Fun,” and on his own, hometown hero Robert Hazard broke out of the Philly music scene in the early 80s with his incredible live shows anchored by songs like “Escalator of Life” and “Change Reaction.” In 1983 Hazard and his band appeared on American Bandstand, and were interviewed by Dick Clark. Saying he was “famous in three states,” Hazard lamented about the music business being tough, which is why he went the independent route to releasing his own music. Clark asked Hazard if he would advise other people to do this, and Hazard responded, “it’s the only way to do it these days, I just think you gotta go out there and fight for what you want.”

Citing his big break as a result of this Rolling Stone article by Kurt Loder, Loder wrote: “Robert Hazard and the Heroes are a rock and roll event waiting to happen.” Sadly, Hazard passed away in 2008, but his musical legacy lives on.

Below, watch Robert’s interview with Dick Clark, and the band’s performance of “Escalator Of Life” on American Bandstand.

Thanks to Alan Newman for the tip.