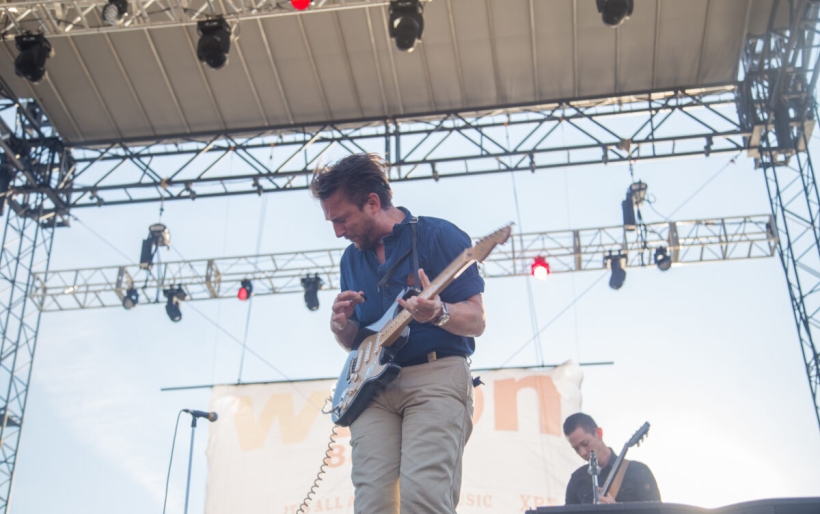 With an edgy style that rivals a wide range of timeless sounds – from Bill Haley and the Comets to Led Zeppelin, McPherson and his band blazed through cuts from his two albums.

The newest release, Let the Good Times Roll, came out this past February. He played several songs off that release, like “Head Over Heels”, “You Must Have Met Sweet Caroline”, and The crowd’s hips were swaying, and some people even broke out their version of the twist.

While McPherson’s set was full of foot-stomping jams, he did slow it down for a few songs. This included a dreamy new song, titled “Precious,” which he dedicated to the massive turnout. He also caught his breath by doing a cover of Nick Lowe’s “Rome Wasn’t Built in a Day.” The band closed out with an awesome jam session on the song “Wolf Teeth”.

Listen back to an archive of the set, check out photos and the setlist below, and don’t miss the rest of our coverage here at XPoNential 2015!