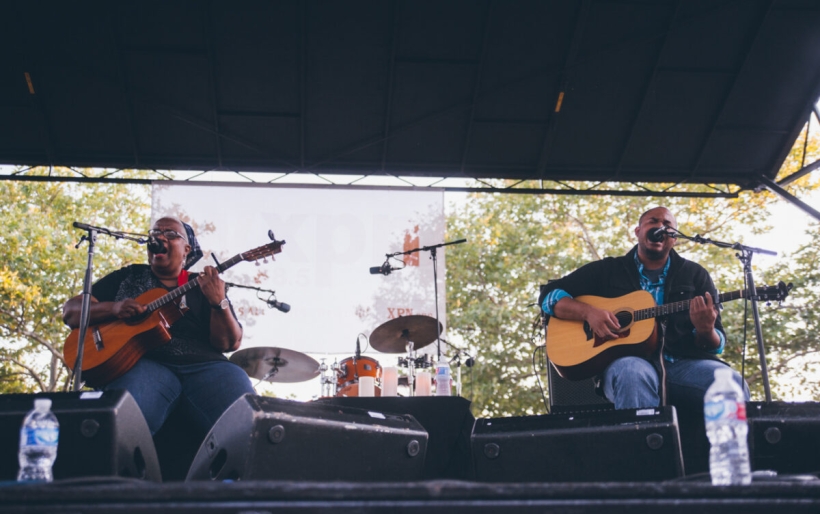 XPNFest Recap: All in the family with Madisen Ward and the Mama Bear

Things were mellow and cheery with Madisen Ward and the Mama Bear on the Jersey Arts Marina Stage. They began by rejoicing over the mild temperatures, having last played a show in Birmingham, Alabama, then went right into their set. Both seated with acoustic guitars in hand, Madisen and Mama kept things simple but energized. Some highlights included Madisen braving a bee sting mid-song (“I’ll get stung for music, for you guys…,” he quipped), a crowd-pleasing cover of Fleetwood Mac’s “Dreams”, and a closing performance of their hit “Yellow Taxi” that had everyone on their feet.

We’re really pleased that Madisen and Mama returned to the XPN family after a fantastic performance at this year’s NonCOMM.

Check out the photo gallery and setlist below, and listen back to an archive from tonight’s performance!