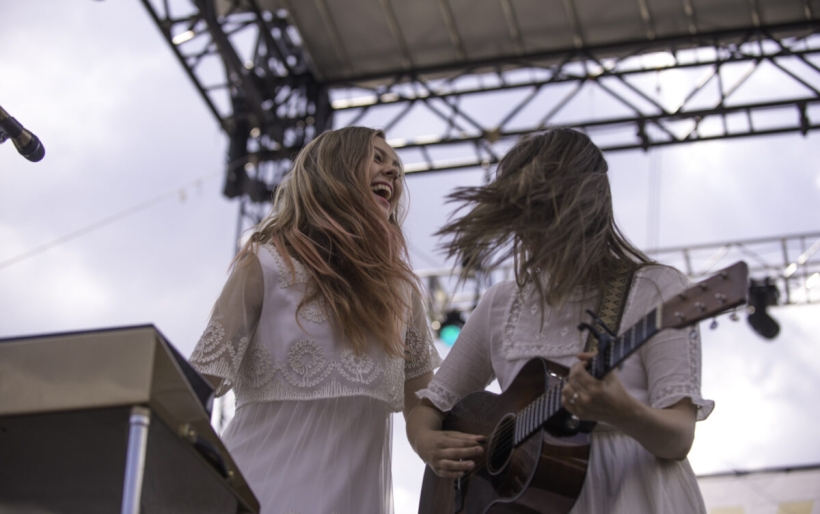 The duo’s musical career started early, when they learned to play “Down the River to Pray” from the film O Brother, Where Art Thou? They quickly discovered their songwriting capabilities, and began performing on the streets of Stockholm.

It wasn’t until they uploaded their songs to social networking sites like MySpace and YouTube that they received widespread attention. One cover of “Tiger Mountain Peasant Song” by Fleet Foxes gained them Internet fame, and they decided to focus on music full-time.

Since then, they’ve released three studio albums, the most recent being 2014’s Stay Gold. They played several tracks from that record, including “My Silver Lining”, “Master Pretender”, “Waitress Song”, and the title track. They even threw in a cover of Simon and Garfunkel’s “America”.

Check out photos and the setlist below, and don’t miss the rest of our XPN Fest coverage all weekend!