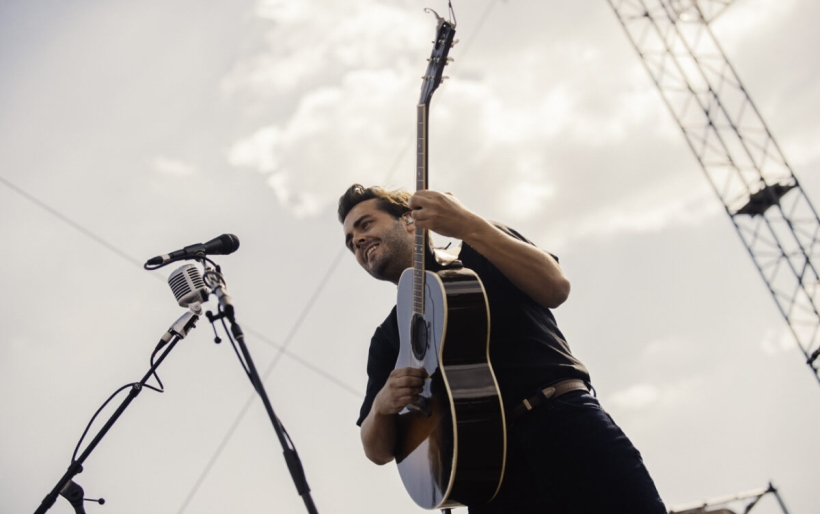 Just as Lord Huron expanded from the solo project of Ben Schneider to the five piece band that it is today, the LA-based folk rock group has expanded from the Marina Stage back in 2013 to the River Stage here at XPoNential Music Fest 2015.

Relying on a mix of some freshman effort favorites and sophomore album standouts, Schneider and co. got the River Stage crowd to their feet and dancing as soon as their first note hit the airwaves. Starting with a rocking track off their latest release Strange Trails, “Until the Night Turns” reminded everyone at the River Stage why Lord Huron is one of the most exciting names in indie rock.

Huron kept the momentum going with early cuts such as “Lonesome” and “She Lit a Fire” before hitting one of the sets many high points with new tracks “Hurricane (Johnnie’s Theme)” and single “World Ender”. The boys closed the set with a few songs off the band’s debut Lonesome Dreams, as they turned “Fruits of the Earth” and “Time to Run” into absolute jam sessions.

Lord Huron set a bar with their midday performance today, and now it’s up to the likes of Delta Rae, St. Vincent, and My Morning Jacket to keep that bar up! Stay tuned.

Check out photos, videos, setlist and complete audio from the set below.