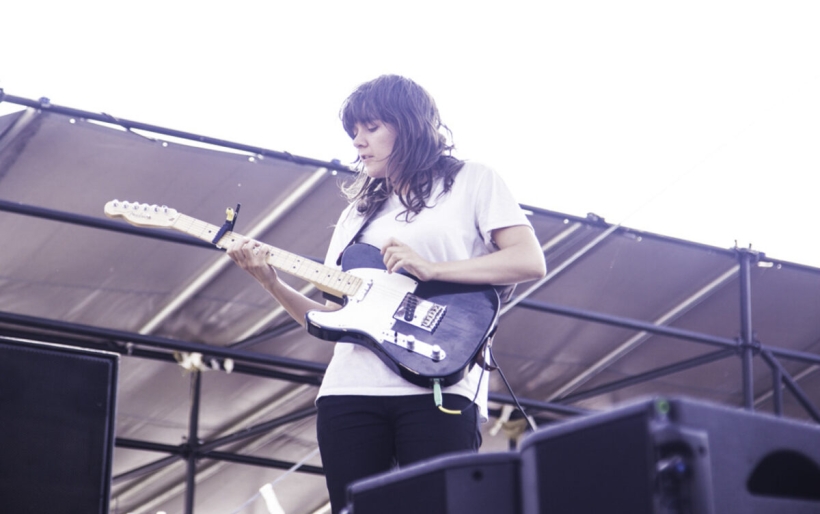 Australian phenom Courtney Barnett had the crowd in the palm of her hand after her performance on the River Stage. She and her bandmates, Bones Sloane (bass) and Dave Mudie (drums), played a combination of new tracks off 2015 release Sometimes I Sit and Think, And Sometimes I Just Sit and older favorites.

The set began with single “Elevator Operator”, at which point the whole lawn was already awash with happy, happy concertgoers. After a strong rendition of “Lance Jr.” (off 2014’s The Double Ep: A Sea of Split Peas), Barnett continued on with a string of tunes from Sometimes, including an intimate performance of “Depreston” (“As close to Paul Kelly as we get,” she joked).

The band fooled the audience by announcing they were about to play a new track, but instead went into “Avant Gardener.” If anyone was disappointed, they definitely did not show it! Courtney and co. finished off the set with their hits “History Eraser” and “Pedestrian at Best,” thanking the crowd for their enthusiasm.

Below, check out an audio archive, photos from the show and the setlist. 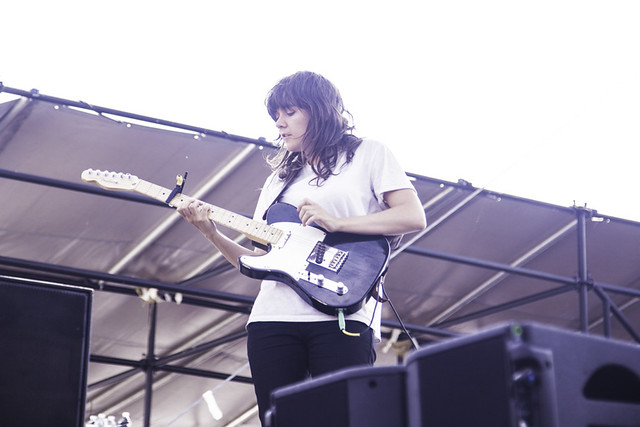