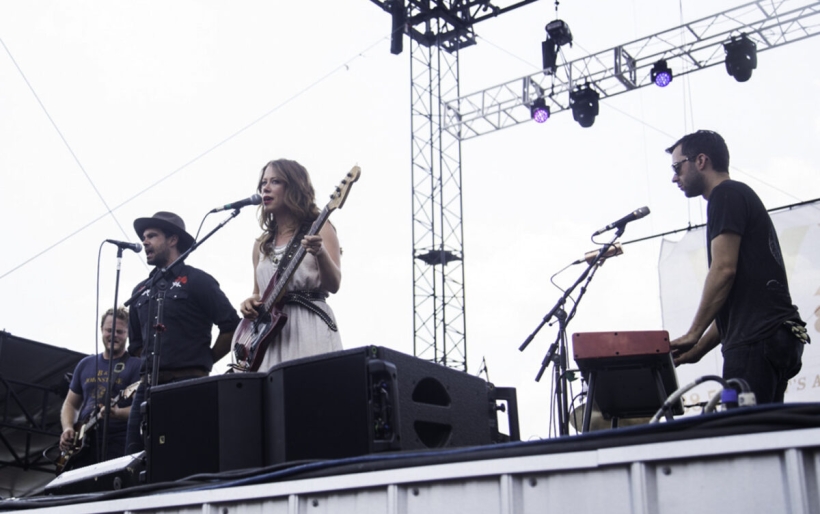 As the vast majority of XPN Fest-goers gathered in the hot Sunday sun, Brooklyn-based trio The Lone Bellow kicked off their set with the title track to their sophomore album Then Came the Morning.

The opener “Then Came The Morning” elicited a huge crowd response, as lead singer Zach Williams hopped on a speaker, beckoning the crowd to sing along. As they burned through the lead tracks of their latest LP, the song “Watch Over Us” brough the frenzied energy to a halt as the group’s pure emotion kicked in. With the trio sharing one mic, their harmonies on the song had the audience clinging to every syllable.

They picked things back up with the crowd favorite “You Never Need Noboby” which, despite the double negative, is one of the most positive tracks in The Lone Bellow’s catalogue. They concluded the set with “Green Eyes and a Heart of Gold” and “The One You Shoulda Let Go,” two rocking songs off their self-titled debut.

The indie-folk trio’s second effort was put together with the help of The National‘s Aaron Dessner, who helped the band uncover their penchant for harmonizing sincerity. They’ll be back in Philly in November at Union Transfer, and we’ll have more info on as the date creeps closer. For now, check out photos and the setlist below!