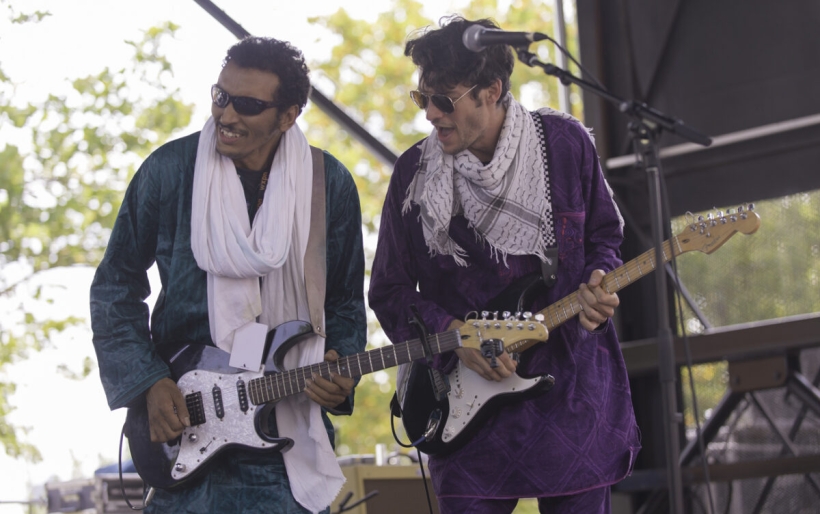 Bombino were probably a new band for most of the Marina Stage crowd that gathered to watch their set, but by the end of it the Nigerien natives had gained a couple thousand new fans.

The mostly-instrumental set was textured and complex. Each instrument had a specific voice in each song, with psych-rock guitar solos and syncopated percussion.

A mid-song tempo change during “Assouf-Jaguar” really got the crowd moving, as the band members rocked out on stage and did some synchronized jumps.

Check out a photo gallery below and listen back to the set here.