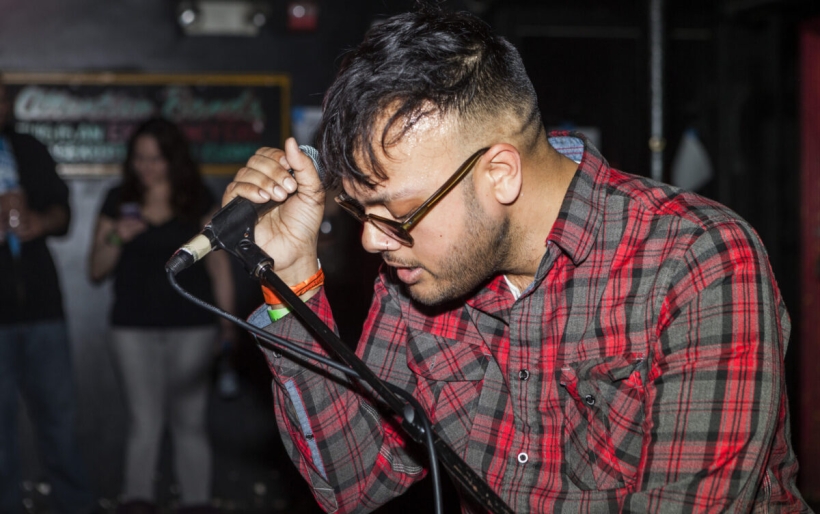 Despite having to reach all the way back to 2012 to find his most recent record, Lushlife has been busy during the last three years with projects like an expansive Shaking Through session and an innovative, Reddit-style art website called Designflow.

But now, as we draw closer to a release day for his follow-up to 2012’s Plateau Vision, Raj Haldar returns to that effort with a new live video for “Gymnopedie 1.2.”

“Gymnopedie 1.2” was a song on Plateau Vision inspired by Erik Satie’s Gymnopedie No. 1, a composition Haldar has had “under [his] fingers since becoming totally obsessed with the piece in high school.” The original recorded version of Haldar’s homage is synth driven and understated with the local artist telling the story of his entre into rap. In this video, the song is reimagined as a mostly-analog live track with Eric Slick providing “stormy weather” percussion and Power Animal’s Keith Hampson manning the coin-covered vibraphone. The result is textured and organic, an example of the malleability of music and its inherent ability to be interpreted in different ways.

Watch the video below and stay tuned for information about Lushlife’s new record.

LUSHLIFE and FRIENDS Gymnopedie 1.2 from Larry DeMark on Vimeo.