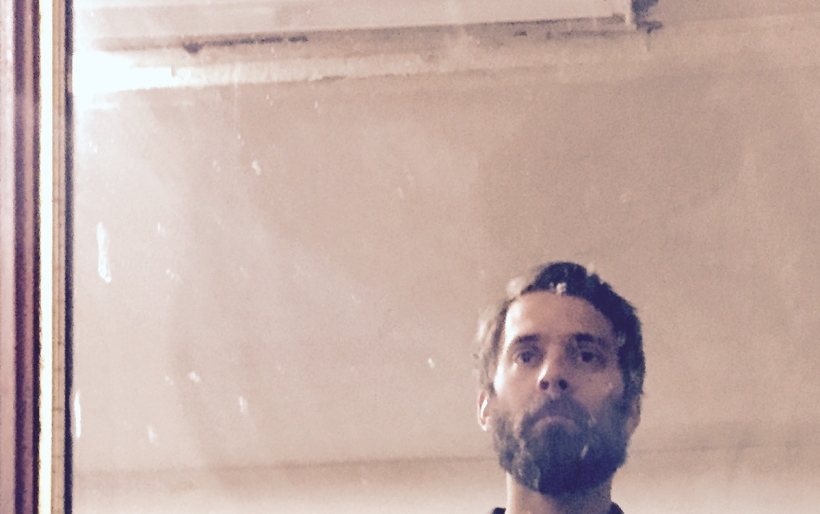 New Jersey singer-songwriter Ben Hughes just released the next installment in his epic musical project. At the beginning of this year, Hughes decided that he would release one solo album per month, made up of previously unreleased recordings spanning 2005 to 2012. He reached the halfway point of his project with last month’s release, At the End of My Life. To kick off the next half of the project, he decided to switch gears his month and record an idea that’s been in his head for years.

A Week in the Life of Someone, Somewhereis Hughes’ tribute to the everyman. After working in a warehouse for three years, he decided to create an album that would reflect someone’s average work week. During the week of January 21 to the 27 of 2013, Hughes wrote two journal entries per day, which formed the lyrics of the album. Much of his inspiration came from some unfortunate changes in his workplace. On his Bandcamp, he writes,

The company I was working for, at the time, brought on new management and I watched as they mowed over everyone in the warehouse. They closed down departments, stranded workers (some with 20+ years of service), forced overtime, changed worker’s shifts and didn’t even flinch while doing so. I know the company is most likely doing better than ever right now, but it was hard for me to watch.

Along with his own experiences, Hughes tried to wrap conversations with coworkers, bosses, and even what he heard on CNN into the entries. But he moved on from the company and the journal entries, and never recorded the album.

At the beginning of July, however, Hughes decided to turn A Week in the Life into a reality. Along with his friend Ryan Buzby, they crafted the songs spontaneously, pressing record and seeing what would happen. “I was relieved to finally get the concept album out of my mental queue, and it was exciting to watch as it took the shape I imagined it would during the 2 1/2 years that passed since that week in January 2013,” Hughes writes.

The album channels musicians like Elliott Smith, Bright Eyes, and Sufjan Stevens, as on Hughes’ previous releases. But this record immediately calls to mind Pedro the Lion’s Control, with its deep-voiced chords and melodies, lyrical themes of corporate hell, and Hughes’ slurring voice. It could stand as a complimentary album to Control just as well as it stands on its own. Regardless, it still shows a clearer picture of Hughes in the present day as opposed to 5+ years ago.

Hughes plans to release the rest of the project from August – November, covering the years 2006 to 2009 in chronological order. To cap off the year, he’ll release another album of brand new recordings in December.