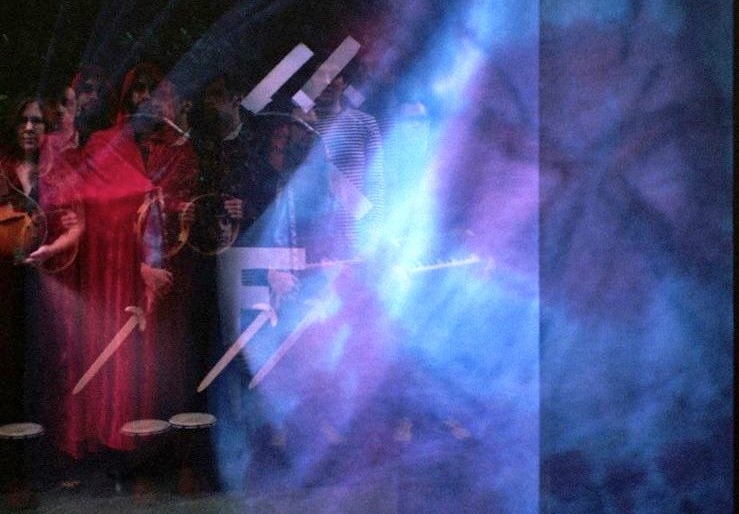 After taking a couple off years off from releasing music, The Fantastic Imagination are back with their second single of 2015.

“Predict Country” is a sprawling, euphoric song that follows up February’s equally euphoric, though quirkier, “Slack Ghosts Get Stoned.” It certainly reflects the psych-folk, communal identities of the 60s, but also reaches into Arcade Fire’s “Wake Up” bag for its atmosphere.

It’s a long track that explores different moods, moving from the bright euphoria of its opening to a more reflective instrumental section reminiscent of Bela Fleck. If you don’t want to run through a field with your arms spread wide after listening to “Predict Country,” at least go for a walk outside and look at some trees. Revisit the band’s 2013 Folkadelphia Session here.