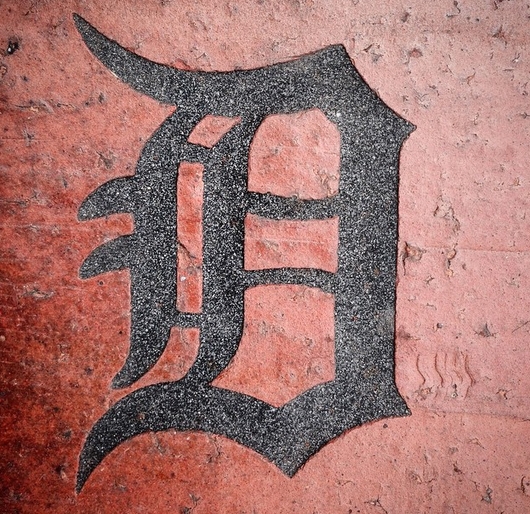 More Than A Record Store: Profond Music and Art looks to be a hub for the Philly DJ community

For most people the Detroit Tigers logo is simply that: the emblem of a professional baseball team in Michigan.

But when you see it on the wall in Profond Music and Art, the newest record shop in Northern Liberties, it stands for something much deeper. Profond, a boutique specializing in electronic, house, hip hop, jazz and soul, opened the first week of August.

Owner Gabor K., a former DJ, is ready to provide for a community he knows is strong in Philadelphia but hasn’t yet had a store of its own to cater to it specifically. And he’s using his own prior experience to help shape his business model.

“My main thing is that I could never find what I was looking for,” Gabor says about shopping for records. “So we’re very cautious of what we carry here. We carry what we like and we want to be appealing to the DJ community, which is huge in Philly but it’s pretty much underground.” He wants to help DJs in the area from having to travel to New York or mail order their records from Europe. Gabor, a native of Hungary, is a mostly soft-spoken guy – to the point of not providing his last name because he’d rather “stay in the background.”

He says that when he was a teenager he had an interest in metal and played in some bands. But after getting a few tapes loaded with electronic music from friends and seeing local DJs trying out material in stores, he wanted to pursue it right away.

“When I was younger I used to go into shops and see people DJ and say, ‘yeah, I want to try that out,’” he says. “And here, that’s what we’re about. Even if you only played a few times you can come in and try your stuff out.”

Profond has hosted DJs every Friday since opening. However, they’ve brought in some that are far from amateur, coming in from the United Kingdom and beyond; Gabor says he’s been in talks with another from Norway, whom he’s known since his time playing clubs in Europe, to play next month.

He and store hand Allec Johnson plan to continue to have these parties continue every Friday. With plenty available wall space in the narrow yet long store, they’ve used it to display local art with works by six different artists at the time of our interview.

Detroit is lauded as the birthplace of techno, the genre at the root of all electronic music. When asked, Gabor K. says the Detroit Tigers logo on his store’s walls is to pay homage to where it all began, before pointing out albums on display with the same logo on their covers.

“We want people to come around not just for the records but for the vibe, just to hangout,” he says. “If you want to jump in just to listen to records or talk to people who also like club records, go for it.”