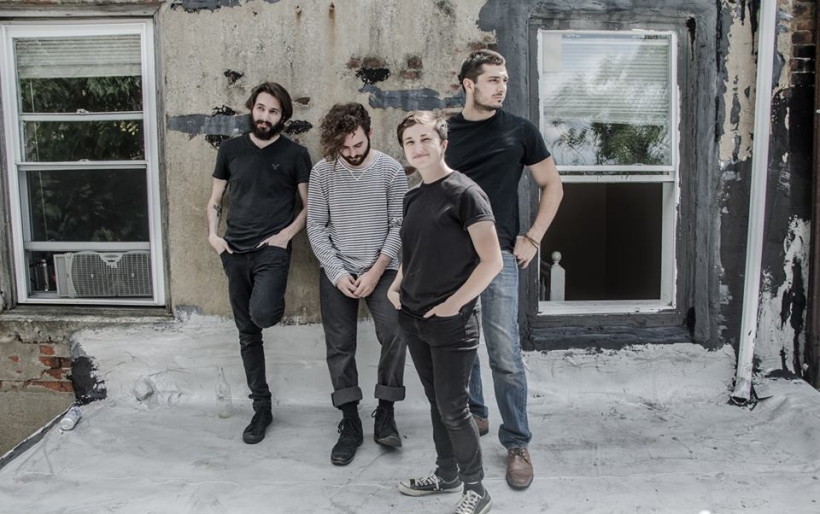 If you think back to the start of 2015, you might remember a video of local band Howlish piled behind a coffee table with a slightly tilted painting hanging behind them. They’re performing a song called “Black Ice” for NPR’s Tiny Desk Concert contest, a song that now appears on the band’s new LP 0uter and that we’re premiering today as the record’s first single.

The “Black Ice” you’ll hear below is in an entirely different realm from the coffee table version. It’s got the atmosphere of an M83 track, ominous drums and killer hook reflected between guitar and synth. Between the expansive depth of the mix and the title, the song gives the feeling of making a long journey across a snow and ice-covered landscape. And lyrically the song explores the aftermath of a break-up, which can be a difficult journey in and of itself.

Howlish the band was formed by Havertown native Mark Watter to bring life to his compositions, but has since become its own beast with a shared vision and sound. 0uter, which will be released through Sniffling Indie Kids this fall, comes a year after the debut Open Bones EP.

Catch them at Boot & Saddle on September 9th with A Valley Son and Owl and Wolf; tickets and information can be found here. Check out “Black Ice” below.