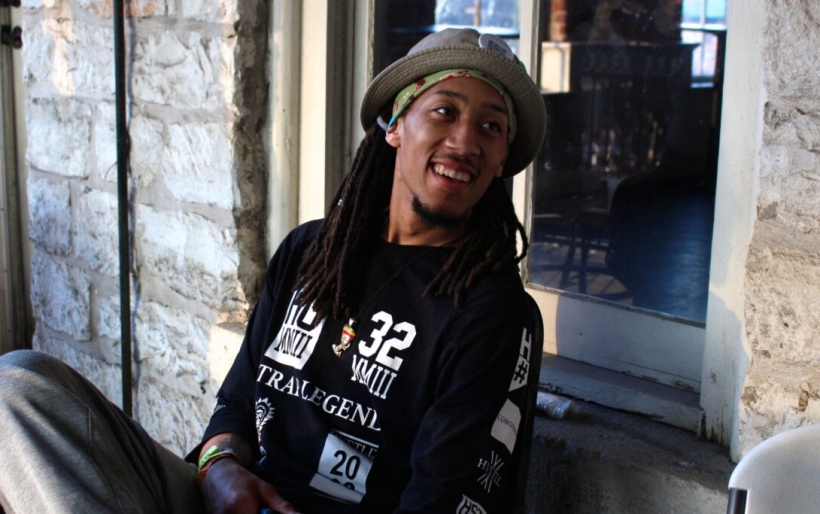 Kick off RECPhilly’s trip to A3C with Milton, Armani White and more

Bringing a crew of grassroots musicians from the Philly hiphop scene on a week-long bus trip to Atlanta for the A3C conference is a big undertaking in itself; Will Toms totally understands that their local fans might not necessarily be able to tag along.

“Most people who know about us and care about the project are not able to make the trip down there,” says Toms, creative director of RECPhilly, who is sponsoring the Support Philly Music showcase at the 11th annual hiphop conference next month. “So this is our way of giving back to Philly, giving it a chance to see what we’re showcasing down there.”

The local music industry start-up is throwing a sendoff party for their A3C roadtrip this Friday at Pubb Webb Live; two of the artists on the bill, Milton and Armani White, will also appear on tonight’s Philly Local show on WXPN as part of a collaborative Key Studio Session that also features Joie Kathos.

Asked about the trip, Toms says “I’m excited. When we threw a show at SXSW this year, it was incredible, and we’re hoping to replicate that.”

The showcase at SXSW was situated in a club right in the middle in the 6th Street action at this year’s SXSW; Moosh & Twist, Group Up and Freeway pulled in a packed crowd that also took in sets by Chill Moody, Tunji Ige, Milton and more. Toms and the RECPhilly crew view it as a rousing success, and one they hope to build on next year. But they’re also taking that experience and applying lessons from it it to A3C.

“We were in Austin handing out flyers on the street, which was fine,” Toms says. “But for A3C, we’ll be riling our artists to do pop-up cyphers, connecting with other performers down there. We want to use them to promote the show and entice people to come out with the music itself.”

Their showcase is sponsered by Marsten House Recording in Abington, which is setting up a mobile recording rig in the Air BNB house the crew is staying in. One thing RECPhilly is amazing at is inspiring its artists to collaborate – you’ll hear that tonight on the Key Session when Armani, Joie, Milton and Biz Mighty close the set with a killer improvised cypher – and they’re hoping that having recording gear on hand will lend itself to on-the-spot projects within the lineup or maybe even collabs with other artists they meet at the conference. Though they’re going into that ready to represent.

“I get the impression that people at the conference are going to be like ‘Philly music? Yeah. Prove it.'” Toms says. “And we’ve got the artists to do so.”

In addition to Milton and Armani – whose lightning-fast, acrobatic wordplay is impressive on his latest jam, “Young Adults” – the lineup features SXSW vet Voss, the charismatic Tierra Whack, clever party rapper Eddie Madird and newcomer Theodore Grams, who Toms says showcases the harder side of Philly hiphop; gritty, though not quite Quilly Mills gritty.

“We wouldn’t feel right going to Atlanta, repping Philly but not showing that blue collar, rough side of the city,” Toms says. “That is Philly.”

At Pub Webb this Friday, that lineup will be rounded out by Ant Beale; more info on that free show can be found here. In both places, the crew will be pushing its ongoing Support Philly Music campaign. Listen to a sampler of the A3C showcase below, and tune in to WXPN tonight at 9 p.m. – 88.5 FM in Philly, XPN.org anywhere else in the world – to hear the premiere of this weeks’ Key Studio Session collab with RECPhilly.