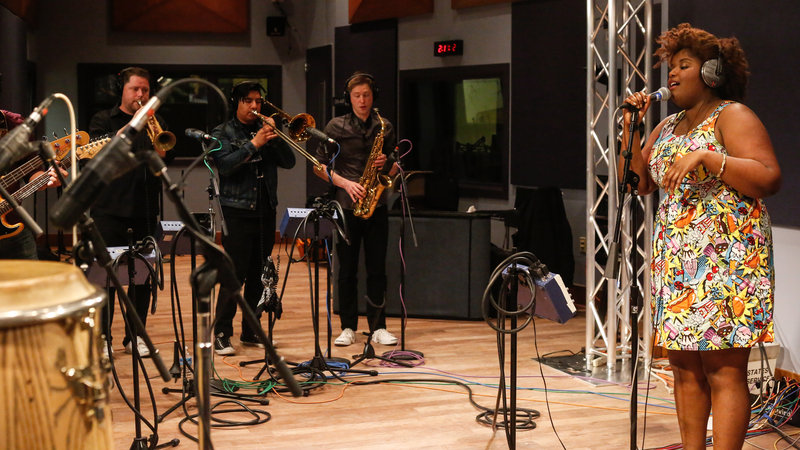 The Suffers | Photo by Kelsey Stanger

The fall is always an amazing concert season, and this fall is a particularly busy one with excellent shows around the area on a seemingly daily basis. Here are six artists we’re psyched to see, captured in videos from VuHaus, the collaborative video web site from public radio stations around the country.

The last time the Houston soul and R&B band were in town was to play Connor Barwin’s Make The World Better foundation benefit. They stole the show that night, and return to town to play Union Transfer on Sunday, October 11th. Check out this version of “Gwan” recorded for World Cafe.

We got our first taste of the Los Angeles rocker when he played WXPN’s Non-COMM music conference last May. Originally scheduled to play the First Unitarian Church, the show has been moved to Union Transfer, on Wednesday, October 21st.

He hails from Dripping Springs, Texas, but Nash’s fan base in Philly continues to grow. He performed a monster of a set at this past Summer’s #XPNfest, and he’s releasing a new album, Silver Season, on October 9th. Nash brings his cosmic country psychedelic rock to Underground Arts, Wednesday, October 21’s; watch  “The Fire & The Flood” on VuHaus below.

Dan Auerbach of The Black Keys’ new side project mixes soul and R&B with psychedelia and rock. The Arcs play the Fillmore Philly, Wednesday, December 16th; watch “Stay In My Corner” on VuHaus below.

Jonathan Tyler
The highly touted emerging alt-country singer-songwriter is playing the Trocadero, Saturday, February 20, 2016. His recent album, Holy Smokes, signals an excited new voice on the alt-country and rock scene. Get a taste in this performance of “River Bottom.”