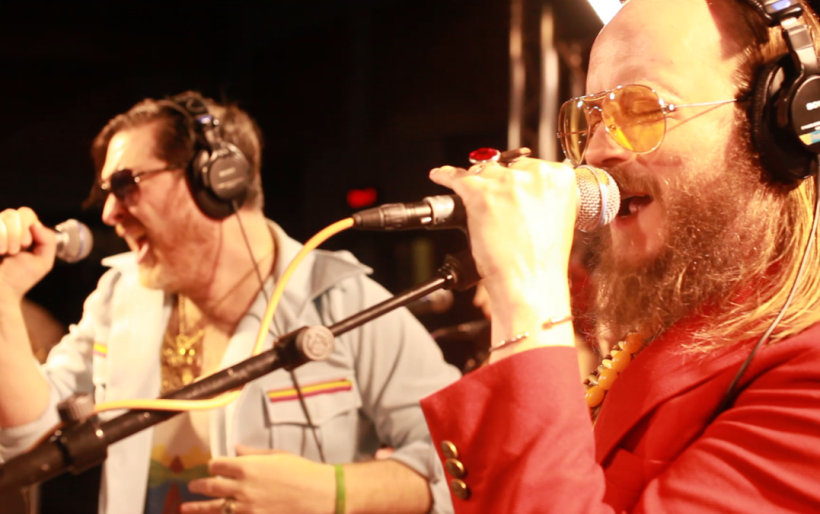 It’s one of those uncanny coincidences, you know? Long-running Philadelphia surrealo disco-funk-lounge-pop act Johnny Showcase is celebrating the release of its latest record, The Octopus, tonight at Underground Arts – and this morning, I got an email from local videographer and archivist Jeremy Quattlebaum of The Angry Mountain, who had just come across a VHS containing vintage footage of the band on late 70s television.

They’re decked out in multi-colored suits covered with flair, singing and dancing to “Night of the Electric Love Phoenix,” a track which was resurrected on the new album. Meanwhile a studio audience a la Mel’s Rock Pile grooves on the set of some long-lost late 70s disco-dance show…which, coincidently, was also named The Key. Crazy, right? Or maybe it’s just footage of the band’s recent Key Session, all tricked out and psychedelic. Check out out below and decide for yourself. And catch Johnny Showcase tonight at Underground Arts; tickets and more information can be found at the XPN Concert Calendar.