Listen to "Beware of the Wrong" by King Shampz, get hype for his Dead Wrong Records compilation - WXPN | Vinyl At Heart 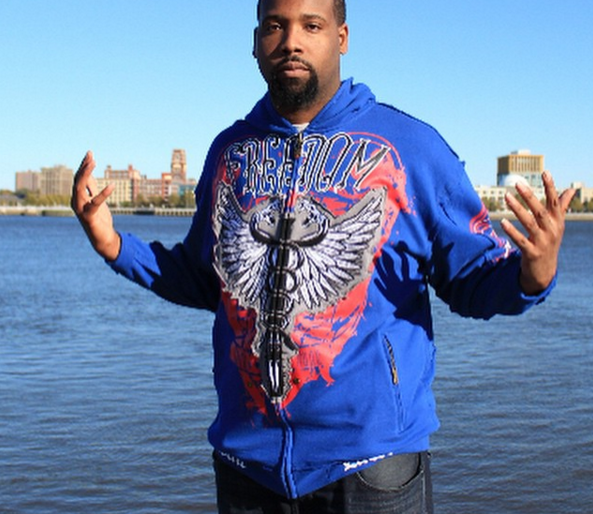 Listen to “Beware of the Wrong” by King Shampz, get hype for his Dead Wrong Records compilation

Philly rapper King Shampz caught our ear last year with All Hail The King, a mixtape that hits hard and made our roundup of five standouts from the Philly hip-hop underground. A year later and Shampz is getting set to make a lot of noise with Dead Wrong Records, his DIY imprint with producer and creative collaborator Azaan (who also happens to be his brother). Over the next several months, Shampz and Dead Wrong plan to release singles from Frio – a Chester-based atmospheric MC who got some love on the House of Cool mixtape a couple years back – as well as Caution – a 22-year-old New York MC who’s been working his Breaking and Entering mixtape, released last September – and Blak – a West Philly rapper with a personal, introspective outlook and rhymes about day-to-day life. The singles will culminate in a label showcase compilation of sorts this winter, and the project kicks off with Shampz’ latest single “Beware of the Wrong.”

The thing I dig about Shampz is the way he and Azaan work with beats that are left-of-center from the club-oriented sound that typifies commercial hip-hop at the moment. You know, the big bass and midtempo pace. There’s none of that here, and I say that with all due respect to those artists: Fetty is awesome. Future is sick. Meek kicks ass. (Drake’s okay I guess.) But their hits are all very much based around a formula, and the options if you don’t want to go that route are either make a statement with a hugely orchestrated, extravagant, genre-redefining epic like Kendrick Lamar’s amazing To Pimp A Butterfly – or, if you don’t have those kind of resources, do something else entirely, go your own way. Shampz and Azaan take that path, rocking to a beat that’s both retro and reminiscent of the funk/disco era of the 70s, and contemporary, playing that rhythm at a meditative loop that’s very electronic-era.

Lyrically, Shampz meditates on the hustle – drawing parallels, as he did on All Hail the King, between the grittiness of the streets and the rap game, looking at motivations from fame and personal glory to providing for one’s family. Give it a listen below, and check out a track from Blak as well – the icy “City of the Homicide,” which takes an undeniable cue from Nas and Wu Tang.

Stay tuned for more from King Shampz and Dead Wrong this winter.