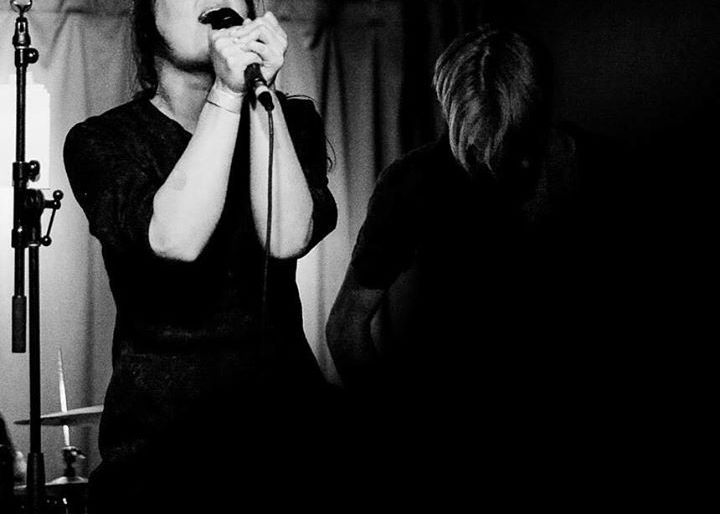 Mercury Girls | Photo by Hippocampus Photography | courtesy of the artist

It may be hard to pinpoint what about a retro C86 band might speak to the importance of modern feminism. But Philadelphia’s Mercury Girls recognizes it in a subtle, universal way.

Tomorrow, the band will play a PhilaMOCA show with Joanna Gruesome, Aye Nako and King of Cats. While the bands are different stylistically, their music shares a common reflection of gender issues, feminism and identity whether it be through composition, lyrics or onstage personas.

Unlike Joanna Gruesome’s overtly feminist lyrics, Philadelphia’s Mercury Girls are more subtle in their acknowledgement of gender identity with their Morrissey-like outlook and modern spin on 80’s English rock.

I spoke with the band about how femininity affects their music, particularly new frontwoman Sarah Schimineck, formerly of Pet Milk – this summer she took the reins from Adrianne Gold, who was previously featured on the bands’ debut demos.

Singer-guitarist Kevin Adickes says the band does not cater to any particular identity; he lets feminism naturally inform what they do. Schimineck goes on to explain when she first entered the world of indiepop, her gender was an uncomfortable focus.

“It is the feeling of knowing you are being watched extra closely by anyone,” says Schimineck.

She goes on to say that her time in bands was defined by the fact she was a woman, not simply that she was a singer in a band.

“I was ‘a girl in a band’, I was in ‘a girlband’, I was ‘a female vocalist,'” she says. “Those were the things that I was – seemingly first and foremost.”

Thus, Mercury Girls tries to evade labeling – but Schimineck says that the discussion about labels is an important one to have. She mentions that some people may not agree with them embracing the word ‘Girls’ in their band name, but that the choice reflects to the idea of the male gaze – something she is acutely aware of while performing.

However, Schimineck gives hope for future female performers who feel outcast or different in any way.

Femme self-expression is something that she identifies with closely; she would like it to be the norm, to become so commonplace that, one day, someone can start playing music without being looked at differently, regardless of gender. Luckily, Mercury Girls’ music has a universality to it; anyone can connect with the sound or lyrics.

Schimineck continues, “When it comes to embracing your gender, liberation is in having that choice.”

Mercury Girls plays at PhilaMOCA on Thursday, October 29th; tickets and more information on the show can be found at the XPN Concert Calendar.